Beer is not just for men!

For International Women's Day (March 8)this year, we decided to toast all the great women of the beer industry. But their role in brewing is far from recent: in fact, it started many centuries ago...

The History of Women in Brewing

Let's start at the beginning. Four thousand years ago, in ancient Mesopotamia, women were already brewing beer. As legend has it, it all begins when, in a village in modern-day Iraq, a woman abandons a bowl full of barley as a propitiatory gift for the gods. The barley resists the pouring rain and is then heated by the sun and begins to ferment - and the first beer was born! There were also several beer goddesses: the Sumerian Ninkasi, Siris in Mesopotamia and Tenenet in Egypt. This tradition eventually reached Europe where, for example, under Norwegian law, women were responsible for brewing beer. In Germany, women also played an important role in the brewing process - a nun was the first to add hops to beer!

Women were not only producers, but also consumers. Since ancient times, beer has been considered a useful drink during pregnancy. It is no coincidence that among American colonists it was customary, when a woman became pregnant, to produce groaning beer: the "beer of lament", which would be ready for the birth nine months later.

But, as the process of making beer became more industrialized, men started dominating the industry. This can be attributed in part to the growth of abbeys - the monks (who were, of course, all male) started brewing professionally and became quite famous. Due to the shortage of manpower after the plague, which on average halved the European population, wages went up and beer consumption increased dramatically - and naturally, men followed into the profitable industry.

Remember that german nun? Her name was Sister Hildegard, and her discovery of hops led to longer storage times for the beer, which further contributed to the commercialization of the golden drink and the expansion of breweries. What a hero!

For a long time, brewing was dominated by men. Even today, not only producing but also drinking beer is often considered something masculine. But women are finding their way into this noble art form, following in Sister Hildegard's footsteps. That's why we wanted to list some successful breweries below, with women as master brewers, who make some of our favourite beers. 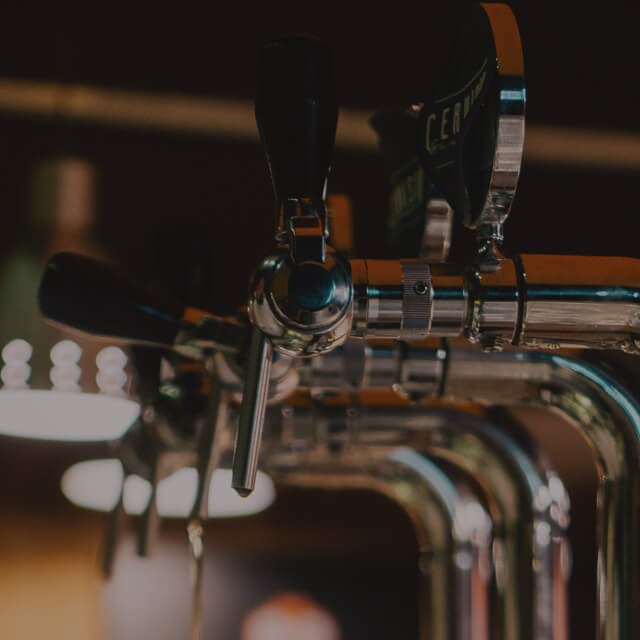 Brasserie d'Orval is a Belgian Trappist brewery founded in 1931. In 1992, Anne-Françoise Pypaert joined the brewery as the first ever Trappist woman, and in 2013 she became a master brewer. Since Anne-Françoise started, many other women now work in the brewery beside her. They only sell one beer, Orval, a complex and unique beer brewed with Brettanomyces yeast, which makes it almost a style in itself. A unique beer, just like its master brewer.

This London brewery has been around for 160 years, and their London Pride is a true classic. But our favorite is their Honey Dew, an organic golden beer with a smooth, sweet and slightly bitter taste. In 2017 Fuller's announced they had a new brewmaster: Georgina Young. She started out as a brewer nine years earlier and in 2017 earned the title of master brewer. However in 2020 she moved to work in the St. Austell Brewery where she is still master brewer today.

Beavertown is another great brewery from London with delicious and very unique beers. They currently have not just one but three female brewers: Lidia De Petris, Charlotte Freeston and Valeria De Petris. Gamma Ray is one of their creations: a very juicy American Pale Ale loaded with mango and grapefruit flavours. To date, 21 of the current 83 full-time employees in Beavertown are women, 5 of whom work on the brewery floor and manage the role on a daily basis. (Fun Beerwulf fact: one of our meeting rooms in the office is named after this brewery!)

Jayne Lewis and Danielle Allen are the founders of Two Birds Brewing, the first Australian beer company founded only by women. Located in Spotswood, an inner western suburb of Melbourne, this award-winning brewery represents all that is good about Australia's craft beer industry. The company has grown from a single beer to a range of five distinct styles produced all year round. They also set up a brewery, which they named" The Nest", in Spotswood.

What about the UK?

In recent years women's beer associations have been created, such as Women on Tap and Ladies that Beer, in order to promote women's interest in all things brewed and help other women get into the industry. Curious to know what are the favorite beers of our female Beerwulf colleagues? Read here.

Let's raise our glasses for the great women in brewing - here's to many more in the coming years. Cheers!