Looking to buy draught beer kegs for your home or event? Whether it’s home draught, standalone kegs or a specific style, size or brand, whatever the occasion, we’ve got your needs covered. Our beer kegs represent some of the most popular breweries worldwide. We procure from some of the best, expert brewers, so we can offer our customers the opportunity to drink delicious, specialist beer.

We also hope to cover all your questions on what a keg is, how much a keg of beer costs, the rise in beer keg sales and which sized keg is best for which occasion. If you’re interested in buying beer kegs for your home, we go into detail about the beer kegs we have for sale.

Let's take a look at the kegs we have on offer at Beerwulf first, because that's what you're really here for right!?

View ALL Draught Kegs at Beerwulf 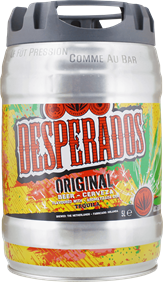 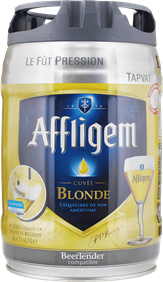 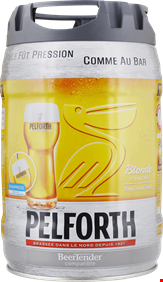 First up, we have the Draught Kegs, 5L barrels of beer. These are great because there is no appliance needed, they do not require a beer tap, they are a self-sufficient product. These are coming into particuarly good use right now, when you can't get to the pub and aren't lucky enough to own a SUB. This is the best solution for tapping fresh beer!

These smartly designed aluminium kegs are the best solution for enjoying at home and beer-on-the-go. Stock up on these for the home and save yourself making repeat orders! A Draught Keg will yield almost 20 half beers, grab one or two of these so when you fancy a beer on your patio you always have a supply.

These portable, stand-alone "mini" kegs are also popular gifts. Who wouldn't want 5 litres of their favourite beer delivered straight to their door!? They also go down very well at parties and get togethers. Loved for their space-saving qualities, they are as much about practicality as they delicious.  Throw one in the car boot for a camping trip, take one along to a dinner party to save carrying loose bottles, or even get one in to watch the football at home with lots of friends.

View ALL SUB Kegs at Beerwulf 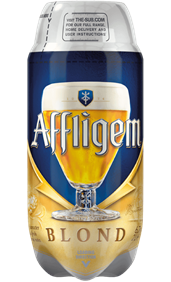 These are for use with our SUB beer tap. The SUB comes in a few editions; Compact, colour versions and Heineken Edition. This is for beer lovers who want the real pub experience!

Load your SUB machine up with SUB Kegs and you’re ready to enjoy your favourite beer, fresh, chilled and poured to ultimate perfection. With over 25 beer brands to choose from, these SUB Kegs come in all styles, we have; wheat beers, lager, IPA, Blond and cider, to name a few! The kegs hold 2 litres of beer, that’s almost 4 pints or 7 smaller measures. 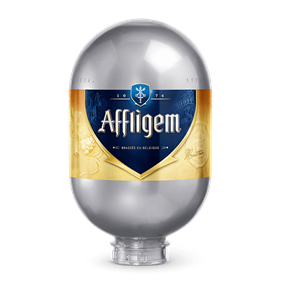 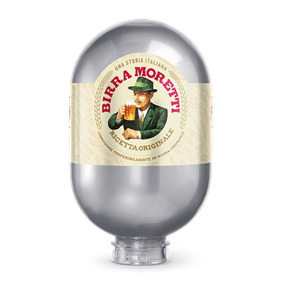 Beerwulf also offer 8 litre capacity kegs and compatible draughting appliances for the home and beyond. BLADE lets you tap quality poured pints from any surface or countertop. Although conventionally a professional appliance, whether you’re a small business, upgrading your home bar, hosting an event or wanting to jazz up Friday night office drinks BLADE fits the bill. Like, The SUB, BLADE is incredibly easy to set up. There is no maintenance or installation cost, the innovative system and carbonated kegs do not require C02 or additional hardware!

The size of the kegs are in fact well matched for commercial and domestic use as they do not take up too much space and are ergonomically designed. They do not resemble traditional kegs but instead are attractive and sleek to mirror the design of the machine. These beer taps and BLADE Kegs are the best solution for larger spaces and events with high footfall; weddings, Christmas drinks and garden parties, you know name it! A BLADE Keg will yield 30 half beers!

So now let's discuss the finer details of kegs...

What is a keg?

A keg is a small barrel or vessel. Their primary function is to store, transport and serve beer. This applies to kegs at Beerwulf also, we sell 2L, 5L and 8L versions.

Traditionally a full-sized keg is 15.5 gallons, the equivalent to 124 pints or 165 bottles. Keg beer (Lager) is different from Cask beer (Ale), and not to be confused. Casks come in different sizes, the largest is a Barrel which contains 36 gallons. A half-sized barrel is called a Kilderkin and can hold 18 gallons. As you can imagine, these measures are commonly used by bars and restaurants for large scale commercial trade.

Kegs of beer for home use, commonly referred to as “mini-kegs” are typically 5 litres. This is roughly 9 pints.

Why are they so popular?

Marston surveyed over 4,000 beer drinkers across the UK in their most recent analysis. Their findings show that for the first time in 2015, Off Trade beer volumes exceeded On Trade sales, with consumers favouring drinking at home to in the pub. Total market volume for the year highlights that 4.3m pints of beer were sold through the Off Trade compared to the 700,000+ that were purchased in the On Trade industry. This is an 83.72% percent difference.

Data suggests that there is a trend of people preferring to drink at home and with new gadgets and products being release into the home draught market, this is made a whole lot more exciting and diverse!

What is home draught?

Ok, well who wouldn’t want to turn their home into a bar?! The Beerwulf range of home draught beer taps allows just that! You can  have brewery-fresh, pub-quality draught beer in your home. That’s faultless beer anytime you want it. The beer taps are super simple, just plug in and load your kegs. What could be better than bringing the bar to you and enjoying perfectly poured beer at any time of day. Beer taps and kegs also make exceedingly good gifts for any beer lover.

As discussed, traditional kegs have a larger capacity and therefore are a lot of beer to get through. That’s why at Beerwulf we have smaller, more manageable “mini-kegs” for both home beer taps and standalone use. We strive to provide drinking solutions for you to buy, to use and enjoy anywhere!

5 litre kegs are also growing in popularity. Marston reported that both Desperados and Heineken keg volumes have grown YoY, their current category share is 17.18% and 14.5% respectively. With the switch from Off to On Trade drinking, sales of mini kegs have increased by 62% from last year.

Whatever your requirements, pouring a quality beer has never been so simple and accessible!

Need an excuse to buy The SUB?!

Let us convince you

You often see them together, but is cider actually beer?