How many units in a pint of beer

And answers to other beer questions!

How many units in a pint of lager? 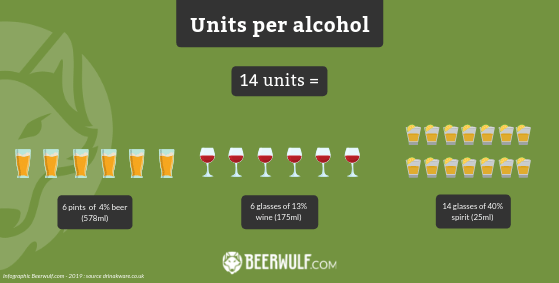 Pints to a litre?

In short, 1 litre = 1.8 pints but if you want to know more, then read "How many pints in a litre? for a full explainer.

Does beer go off?

In short, yes, can you drink beer that has passed its best before date. It will not make you ill; because of the boiling during the brewing process and thanks to the alcohol and hops, a beer does not contain any bacteria or germs. That being said, with most beers, the closer you drink it to the expiry date the better. It will just taste fresher. Read more about storing beer here. 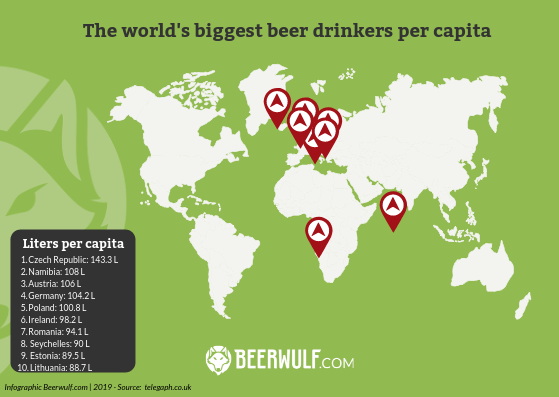 White beers are actually wheat beers, the name of the style comes from the confusion in German between the word wheat: Weizen and the white colour: Weiss. A German white beer is a beer made in part (50% minimum) with wheat: wheat malt. For the rest, we can use barley malts of different colours, so we can find amber or brown and white beers in Germany.

Interested in German beers? Also, read about Witbier and Weizens

Read our articles on How should beer be stored? and Beer serving temperatures.

Cans are the best way to protect beer against the inevitable decrease of flavour over time.
Beer is a product made from natural ingredients, and therefore, sadly, does not have an eternal life. The taste reduces rapidly when beer is exposed to light, air and high temperature. Light, especially UV-rays, react with hops and cause nasty sulphur compounds - but tin is 100% light-tight, and thus beats every bottle. Oxygen reacts with beer and causes it to oxidize, making the beer smell like a wet newspaper - but tin is also 100% airtight.

Root beer is not particularly common in the UK. It is most commonly carbonated and non-alcoholic, although not exclusively. It usually has a thick and foamy head and generally tastes quite sweet. The most distinct flavour is sassafras, the closest parallel is Dandelion & Burdock.

Are cans the future?

How to dodge the "beer-splainers"