The craft beer “revolution” has changed the world immeasurably - what else would you expect from a revolution? But there’s something weird going on: nobody seems to know what craft beer actually is. No definition exists for it, yet it’s caused a revolution!

What exactly is craft beer? What does craft beer mean and why the hype? And what about craft beer in the UK? Find out everything you need to know here!

It’s actually quite hard to define craft beer. The Cambridge Dictionary definition of craft beer is “beer made using traditional methods in small, independent breweries”, but most breweries that we would now consider to be well-established even started out that way. There are no strict criteria for what makes a craft beer crafty but, there are some loose guidelines. The criteria fall under; size, independence, taste and quality, but even this is vague and variable. Maybe a definition isn’t even necessary: craft beers are immediately recognisable by their taste and appearance. The craft beer revolution lives in the heart of the beer drinker and that is where the battle has long been fought!

There is, however, a clear craft beer definition in the USA. The US Brewers Association defines a craft beer brewery as: 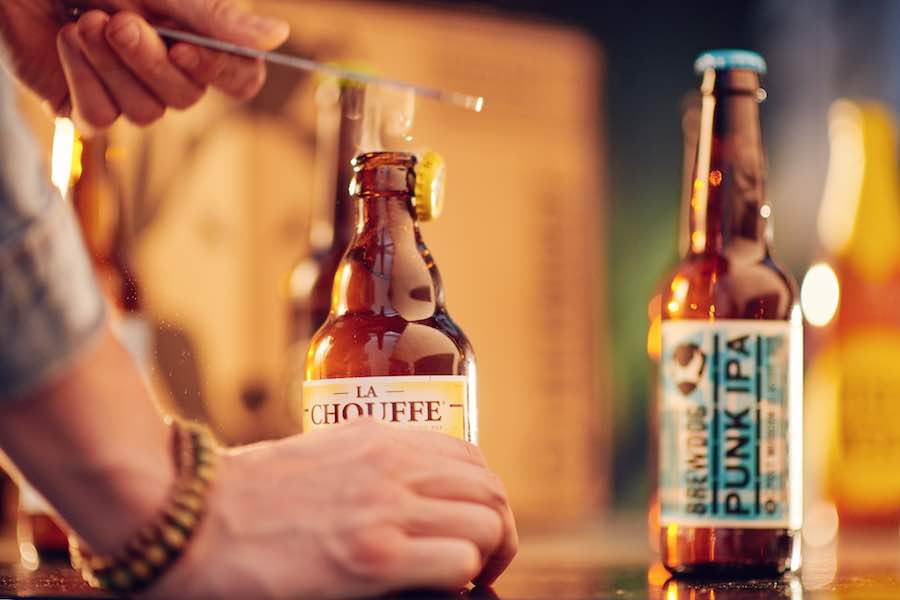 We will go into more detail about the genesis of "craft" beer and the emergence of it to the UK but if you're keen to get stuck in and get going with some beers Beerwulf is a great place to start. We have lots of beers to choose from, cult classics, icons and our craftier selection of cases and kegs.

Notable brewers include Brixton, BrewDog, Wild Beer Co, Fourpure and Beavertown to name a few. Read our article on Craft Brewers Around The UK.

Check out all the carefully curated beer cases we have to offer. Not only this but you can even draught fresh craft beer from your home. More recent developments in fulfilment and specialised equipment has meant craft beer is also available for home draught systems. You can now buy kegs from small, independent brewers who brew high quality and tasty beers.  We have a whole bunch of crafty SUB Kegs!

Craft beer combines all the usual suspects for brewing, water, yeast, malt and hops. These are the key ingredients for almost all beer brewing, craft or otherwise. The thing that sets craft beer apart is the artisanal and often rare ingredients used and traditional, smaller scale production methods. Craft brewers often pride themselves on their passion, integrity and painstaking commitment. Craft brewers invest a lot of time and effort, love and attention to create the artisanal beers, we know as craft. Read more about Beer Ingredients. 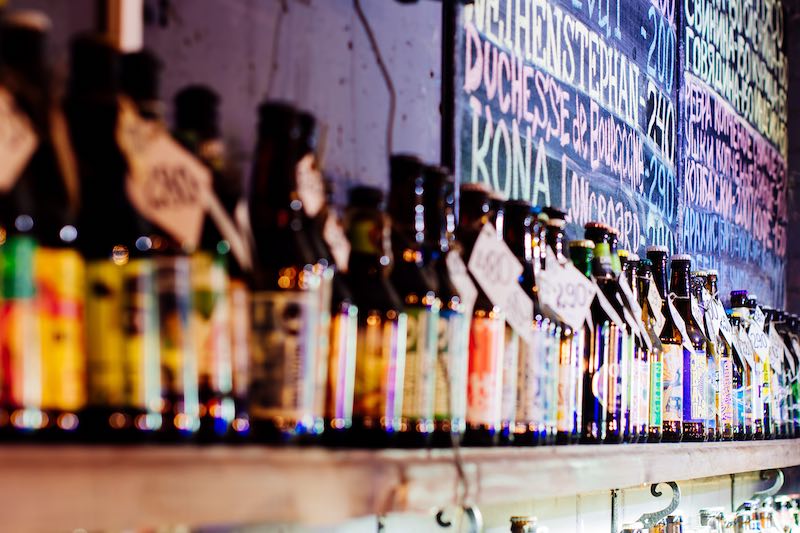 4. How does craft beer taste?

The taste of craft beer is so diverse and varied that there is no one answer to that question. Craft beer is often more aromatic and more intense in taste than a “simple” industrial beer, but not always.

Craft beer can be an IPA, but also a lager or any other type of beer for that matter. It depends on how and with what intention a beer is brewed to describe it as "craft beer". Anyone who claims “I don't like craft beer” must have tried every craft beer in the world and not liked it. Prejudices often stand in the way of classic beer fans when it comes to craft beer. But trying is better than studying! We recommend tasting a few different craft beers and forming your own opinion. 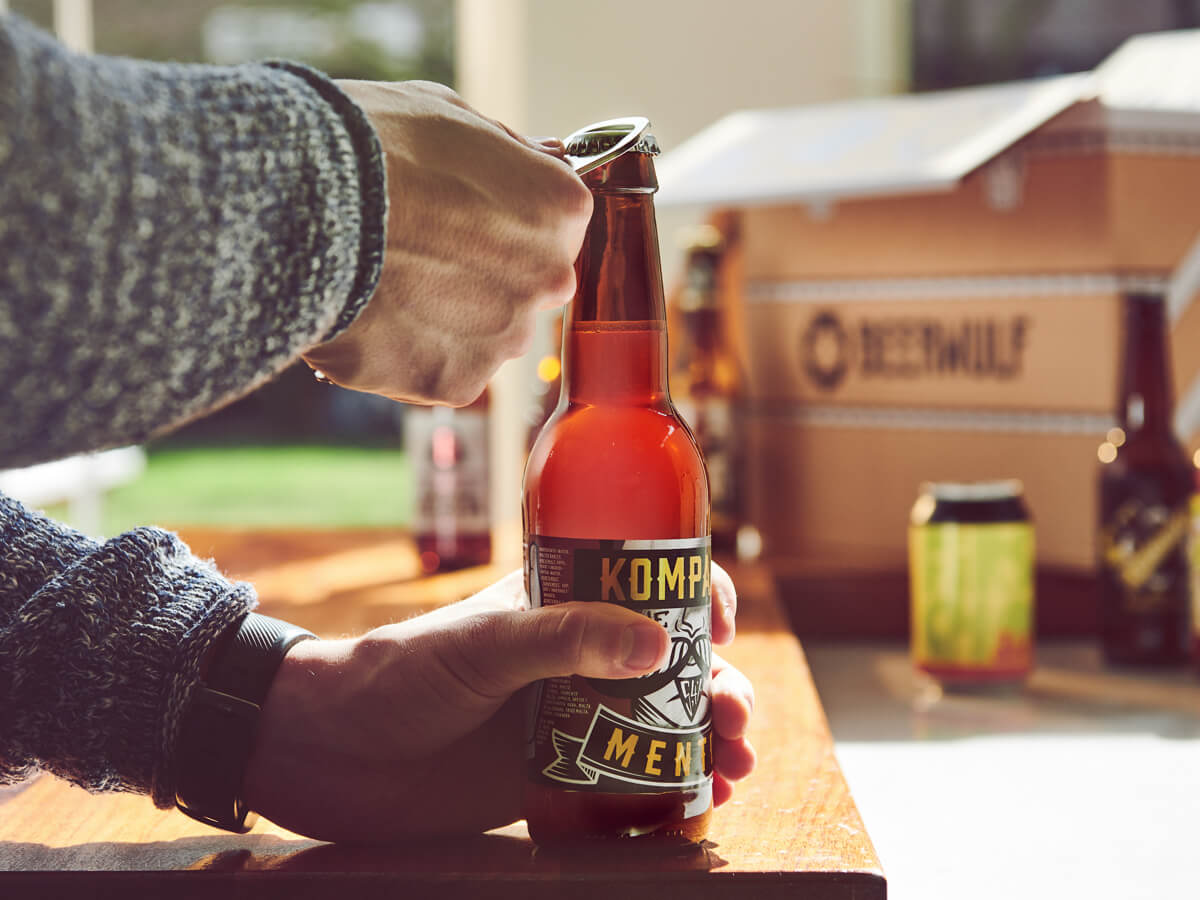 5. What types of craft beer are there?

India Pale Ale, Pale Ale, Stout, Porter, Saison, Gose, White beer, barrel-matured specialties - ultimately every type of beer can be craft beer. Even a common lager can be creatively thought over and brewed to a high quality. In fact, although IPA is seen as the figure head for craft beer, due to its part in the US craft beer revolution and its huge popularity in the last decade, not every craft beer is an IPA.

However, until recently, “craft lager” may have sounded counter intuitive given that lager was exactly what the craft beer revolution set to push against. Craft beers with their rich and complex flavours were designed to contrast the mass produced, flavourless lagers of the time. Which leads us to the next question....

6. Where does craft beer come from?

We have the Americans to thank for the ‘craft beer’ phenomenon, it began there. It all centred around prohibition, the law dating between 1922-1930 that put a nationwide ban on the manufacture, transport, and sale of alcohol in the United States.

Before prohibition, the North American beer world was colourful. Most immigrants brewed their own beer: there was wheat beer from Germany, various types of ales from England and dry stouts from the Irish. However, after prohibition there were only a few breweries left.

By the 1950s, three large brewing groups dominated the entire US beer market: SABMiller, Anheuser-Busch and Molson Coors. They all had the goal to produce as much beer as possible and for as little as possible. What was most remarkable was the prevalence of Pilsner, this was almost exclusively the only beer produced. It benefited from large scale production, which went hand in hand with mass advertising, an invention of the second world war. Fast forward to the mid-sixties and there were only 63 breweries left. The beer brewing model had evolved into a mass-produced industry, a far cry from “craft”. 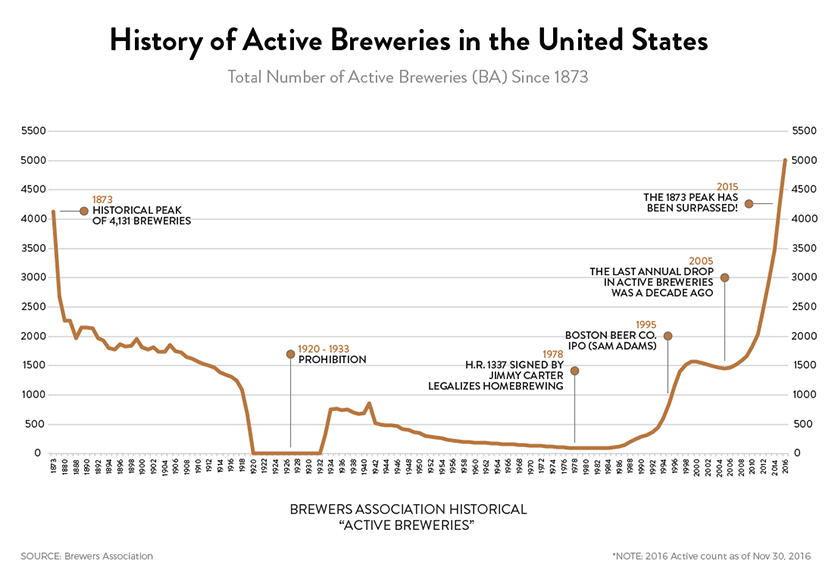 The start of the craft beer revolution!

That all changed in 1978 when then President Jimmy Carter lifted the home-brewing ban, and hobby brewers were now also allowed to sell their beers.

And because brewing imports also increased, more and more enthusiastic beer fans, inspired by new flavours, began to brew alternatives to lager. These were affectionately called “Craft beer”. Today there are more than 5000 breweries on US soil.

7. Why is craft more expensive?

The price of a pint is often a hot topic for debate within the beer industry. Last year, Craft Beer Co made headlines for their stout, retailing at an astonishing £22.50 a pint. Articles of mind boggled outrage were published detailing the price of the chain’s imported US beer. In its defense, they argued, that customers could purchase 1/3-pint measures, the ingredients are expensive and the stout in question had a particularly high ABV of 12%.

This is of course, an extreme example, but here lie the principles of why you may pay more for a craft beer. We often see craft beers sold at these premium prices to reflect the raw ingredients, time and skill needed to produce them. Craft beers are intended to be enjoyed and savoured, hence in this case the smaller measure. Perfecting the layers of flavour, creating complex aroma profiles, refining the alchemy of notes and procuring artisanal yeasts, takes time and expertise. Craft brewers obsess of the minutiae, the ensure every drop they showcase is as perfect as the last. Without mass-production and large-scale machinery this is a huge investment. Yes, you may pay more per ML for a craft brew, but it tastes all the more delicious for it. 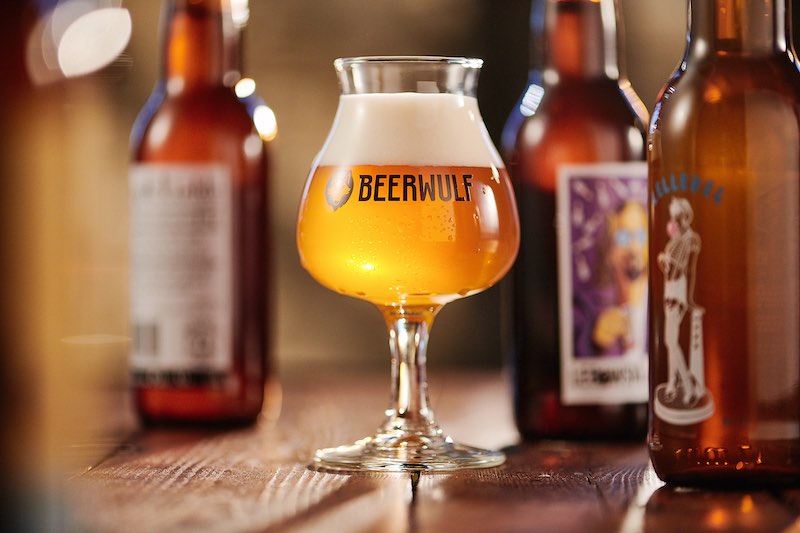 8. How do you drink craft beer?

Craft beer is intended to be properly tasted and enjoyed. They are not “downed” or "chugged". However, the prevalence of "session IPAs" in the craft beer scene can be misleading to this. Similar to wine, it is more about discovering and appreciating the individual variety of aromas in a beer. The temperature also plays a role here; the colder the beer, the less the aromas can develop. Read here article about Beer Temperatures.

Tasting glasses are often used for drinking, theoretically there is a glass for every beer style, but a tulip-shaped (wine) glass can be used for most.

Another big trend is to combine the right craft beer with the right snack. An IPA fits example very well with spicy food or a pepperoni pizza, a sour beer goes well with fish or salad (similar to white) and a roasted Stout goes great with a chocolaty dessert. We have beer and food pairings to start you off, but we recommend having a go and finding your own favourite combinations. Half the fun is exploring and trying this for yourself!

Tip: On every Beerwulf product page you will find a glass suggestion and food recommendation for the beer.

9. History of craft beer in UK?

So as already mentioned, it all started with consumers looking for an alternative to the "flavourless" Pilsner.  Also, don’t forget that American Lagers are even flatter and more uniform than our Pilsners. Of course, there are tonnes of fabulous flavoursome lagers now.

To explore how it really penetrated the British beer scene, we must look back to the influx of imported foreign lager around 50-60 years ago. These were lighter, fizzier and less alcoholic than traditional British cask ales. A group of enthusiastic beer fanatics, CAMRA, formed an alliance in direct response to the rise of mass-produced beer. This had huge impact on beer in UK. Additionally, the input of Gordon Brown and his beer duty back in 2002 also had repercussions for craft beer. The introduction of his beer duty cut tax had a huge impact on smaller breweries; they were allowed to pay 50% less tax. The resulting phenomena was the number of breweries more than quadrupling.

In 1995 there were just 92 registered breweries, by 2017 the UK had reached record numbers, totalling over 2000. In 2017 alone, 424 new breweries opened. A number that had not been met since 1930s. Now, there are in fact more independent breweries per head than anywhere else in the world!

As discussed, craft beer has taken many turns in the past few decades and come a long way since the early 1900s. Since the demand and yearn for beers beyond the original Pilsner, thousands of enthusiastic brewers have jumped to fill this gap: from Stouts, Porters and India Pale Ales to Gose and Saison: they’ve rediscovered the beer styles of old and given them a new lease of life. The craft beer scene is wide-ranging and widespread. Excitingly, exploring all the many styles and substyles this prodigy now affords could take you a lifetime.

For a long time, craft beer was only available in special “craft beer shops” or to buy directly from the brewer. Now you can get your hands on craft beer a lot more easily. However, the easiest way is to order directly from us, you can find a selection of our craftier beers here.

All beer cases and 8x SUB Kegs is are sent for FREE. Also, if you order before 4 p.m., Monday - Friday your order will be delivered the very next day. Alternatively, you can simply choose your preferred delivery date. If you want to send it as a gift, just add your personal message and even have it delivered straight to the lucky recipient.

The craftiest kegs and cases!