How are SUB barrels filled?

For our home beer tap, The SUB, we have a fixed line-up of Heineken beers (Heineken, Birra Moretti, Affligem etc.), but also a varying selection of delicious beers from other brewers. However, those brewers do not have a filling line for SUB barrels kegs - so this has to be handled seperately so you can enjoy them at home!

For the filling of beers from these brewers, we use our partner BOTTEL in Amsterdam. These can be beers from Heineken that are simply not available all year round, but also beers from other brewers such as our current birthday beer from Two Chefs Brewing - Happy Howling! You can recognize beers that have been filled at BOTTEL by the logo on the label, or through the fact that they are on the whole in black bottles.

Step 1: From the brewery to BOTTEL

The brewery fills its beer in large tanks, usually per 1000 liters. These are then transported by truck to BOTTEL in Amsterdam West, where they are stacked in the warehouse. Each tank has a connection for a hose, which transports the beer from the tank to the filling line. As with brewing, hygiene is very important here. All parts are disinfected again during all steps, so that the beer can be filled in optimal quality.

The SUB vessels are manufactured as small plastic tubes. When making other types of plastic bottles, these are first 'inflated' but at BOTTEL, this isn't necessary. An empty barrel is first rinsed with CO2 by machine to get all the oxygen out of the barrel. The beer is then pushed into the keg using the pressure from the CO2. The carbon dioxide forms a protective layer on top of the beer, so that it does not come into contact with oxygen. 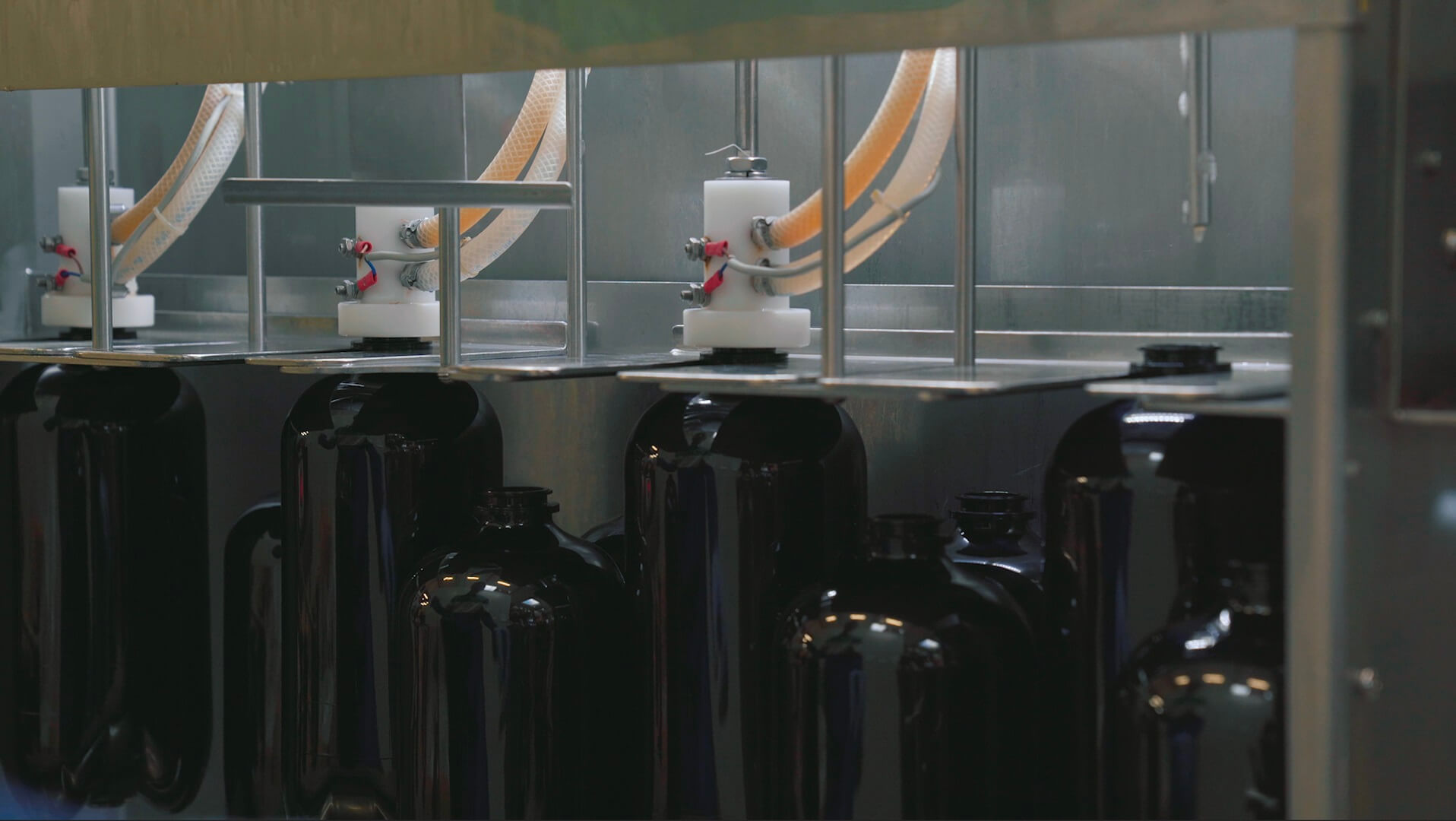 The lid is manually placed on the SUB vessel and secured with tape. In the lid you will also find the hose to connect the barrel to The SUB. As a result, you do not need any equipment or accessories to use The SUB, its all packed already!

In the last step, the SUB vessel is provided with the correct label. These labels are printed by BOTTEL itself and on the label you will find a filling date and a best-before date.

Packed in groups of 8 in boxes, they get placed on a pallet, and shipped to our local distribution center and onto you to enjoy. Cheers!

Watch the 'Kettle to Keg' video

What to drink right now!

Draught pints at home with THE SUB!

Reasons why you need a beer tap

What is The SUB?