How to bring the Oktoberfest party home with Beerwulf!

At Beerwulf, you can easily buy beer online so that you can organise your own Oktoberfest celebrations at home. Check out special seasonal kegs for our SUB and BLADE beer taps!

Oktoberfest beer is served in Munich during the festival and comes from six different breweries: Paulaner, Spaten, Hacker-Pschorr, Augustiner, Hofbräu and Löwenbräu. There are very strict rules as to what beers qualify as official Oktoberfest beers; these rules are called Reinheitsgebot. This beer purity law, created in 1516, was intended to limit the number of ingredients allowed in beer within Bavaria.

At Beerwulf, we offer Paulaner beers on home draught so that you can get the very best that Oktoberfest has to offer without all the hassle of travel!

However, lots of other German breweries outside of Munich make the most of the season by brewing their own festive creations, even though they don't technically qualify as Oktoberfest beers.

Do you want to know more about everything Oktoberfest? Take a look at our article and the Munich Oktoberfest will have no more secrets for you.

Everything about German beer

For those who have a SUB machine, we are super excited to bring you Paulaner straight to your beer tap. We also have Paulaner brews available on our 5L Draught Keg range so you'll be able to celebrate Oktoberfest on the go!

The fresh taste of the Paulaner will transport you straight to the Oktoberfest beer tents. But if you want to get even more immersed in the festivities, head over to the official Paulaner website to find a Spotify playlist, DIY decorations, phone wallpapers and even a platter of Bavarian snacks!

If you want to sample beers from other German regions, we have a delightful range of brews so you can see what this great beer nation has to offer year-round!

Try a similar beer style or two for less! 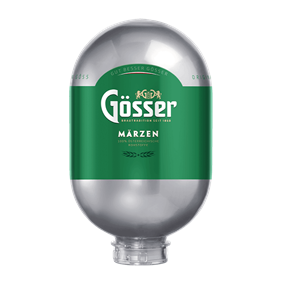 Read more about one of the only 6 official Oktoberfest breweries.