Enter Night: Metallica and Stone BrewingThe story behind the beer

What would you do if one of the biggest rock bands in the world asked if you wanted to brew a beer together? I know what I’d say... Hell yeah! Unfortunately this question wasn’t posed to me. However I was lucky enough to visit the Stone Brewery in Berlin while Enter Night, the end result of a beautiful collaboration between Stone and Metallica, was filled.

It was summer of 2018 when the first steps toward Enter Night were taken. Greg Koch, co-founder of Stone Berlin, and Lars Ulrich, co-founder of Metallica met over some beers and concocted their master plan.

Stone Brewing and Metallica is in many ways the perfect combination. Ask Lars and he’ll say that their main common thread is that they both came from the margin of their worlds - “from outside the mainstream, but then the mainstream came to us". Added to that, they’re both from California and are famous all over the world. Sure, one maybe a bit more so than the other, but still.

What makes Stone an even better partner for Metallica, is that the brewery is located in Berlin. This means that fresh Enter Night is also available in Europe, so fans and beer lovers can enjoy this cooperation to the fullest.

“In collaboration with Metallica, this beer represents the cataclysmic collision of two uncompromising supernatural forces. It's a crisp and refreshing Pilsner that, much like the band, transcends genres, shatters preconceptions and challenges convention”

I visited the Stone Brewery in Berlin and talked to the brewing master Thomas Tyrell. He told us almost everything we wanted to know about this pilsner, although there’s a lot about Enter Night that is strictly top secret. The beer is brewed under Stone’s Arrogant Consortia brand, which really lives up to its name as the most arrogant beer brand in the world.

Arrogant Consortia is not necessarily founded by Stone - it’s more a creation that happens to live within the walls of Stone, where the beers are still being brewed. They believe the world deserves more than what is given them. The beers are bold and offer something different, something better. They operate in "the space between light and dark, just out of sight.” Herein lies the secrecy behind the ingredients in the beers. Almost nothing is known about Arrogant Bastard, the flagship and first beer of Arrogant Consortia.

It was during my visit that the very first batch of European Enter Night was being filled. An impressive device filled a considerable amount of black cans. "They’re half a litre, because Arrogant Consortia’s ego is too big for smaller cans," according to Thomas.

Cans were chosen to block any light affecting the taste of the hops. Thomas is a big fan of cans as the best packaging material for beer, and added that “there is no compromise with Stone when it comes to quality.” 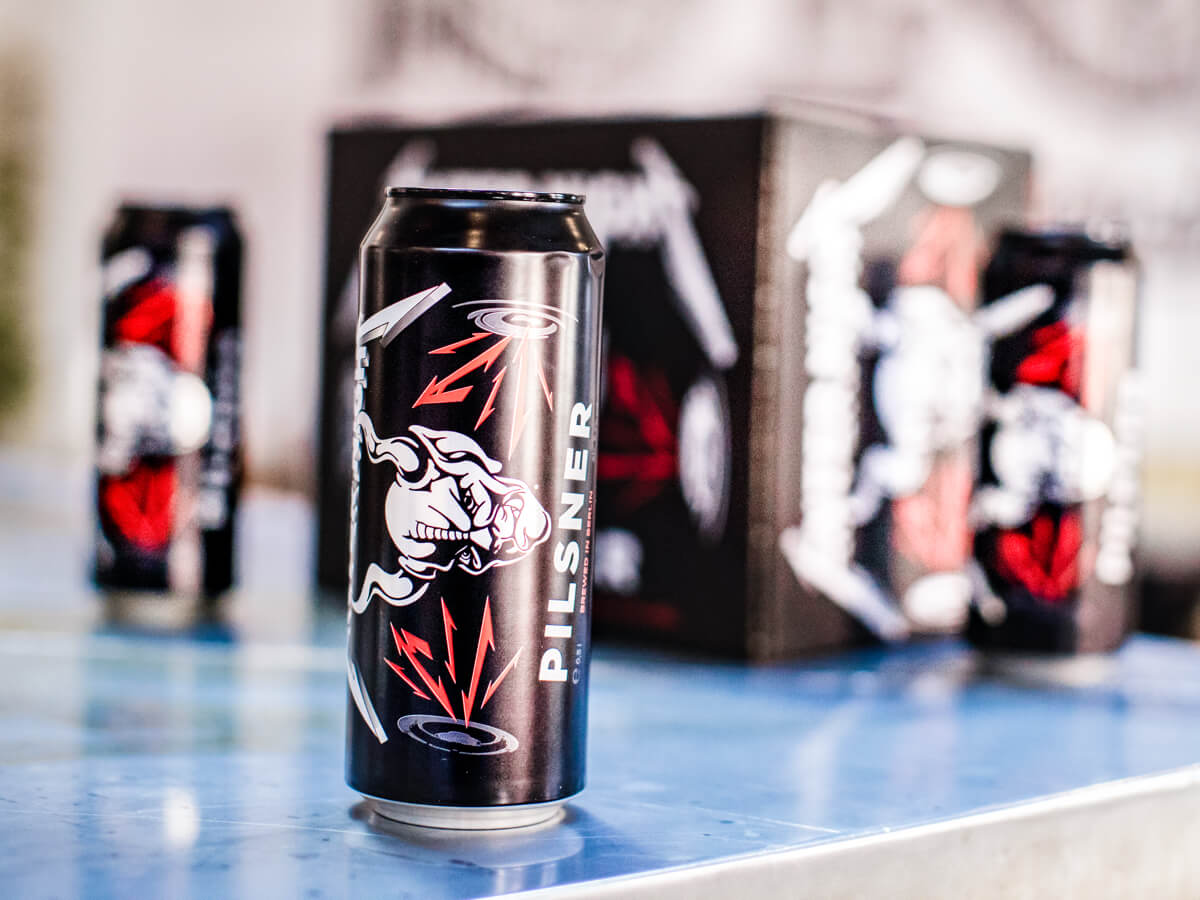 Though it’s top secret, we did get something of an inside scoop about this beer. Enter Night is a European style pilsner. It’s tasteful with an extra kick from the hops and drinkable enough to order one more.

Thomas says it's a dry-hopped lager, which gives it extra flavour. “I think that's what traditional lager lacks, it’s that extra fruity kick: the hop aroma.” Plus, at 5.7% it is slightly heavier, which gives the right body, without it becoming too heavy.

I'm still trying to figure out which hops have been used. "That’s strictly secret", Thomas said. I tried again and asked if he used European hops, but Thomas would not crack. Is it inspired by a German pilsener? And did Stone Berlin, the Stone brewery we visited in Berlin, have anything to do with that? "Maybe it is inspired by Berlin, but it was born in California" Thomas said, and that was that.

Cheers to me, because I was one of the first to taste the Enter Night from Berlin. I definitely tasted what Thomas described: a beer that’s light-footed and tasteful in one, with a nice fruity aroma from dry-hops. What Stone is known for.

The aftertaste is quite bitter and dry, which invites me to take another sip. The body is firm enough to balance the bitterness and light enough to keep it pleasantly drinkable. The fruity aromas completes it all.

To quote the great Lars Ulrich himself when he first tasted the beer: Goddamn that’s drinkable!