The Czechs have a long history with beer, and rightly so, the Czech Republic has the highest beer consumption per capita in the whole world. The most common Czech beers are pilsner and pale lagers, a style that often gets a bad rep. The Czech lagers discussed in this article are a far cry from watery beers that have frequently come to represent this beer style.

Why you should take the pilgrimage to Czech

The mouth feel suggests a commingling of an early morning freshness and a snap of crispness, and each gulp (this is a beer to gulp rather than sip) is elegantly poised between the sweetness of the Moravian malt and the spice and sensuality of the Saaz hop before it finishes with a firm collaboration of dryness and bitterness. Anyone who has any interest in Czech beer should be encouraged to make a pilgrimage to this gem of a brewery situated on the edge of České Budějovice, deep in southern Bohemia. However, if you cannot make the journey just yet, then do dive deeply into a bottle of Budvar you won’t be disappointed.

The pinnacle of the brewer's art

In this beer age of IPAs, imperial this and thats plus sours that suggest some brewers have taken Buzz Lightyear’s catchphrase To Infinity and Beyond rather too seriously, it’s easy to forget the similar, joyous nature of Czech Pilsners such as Budvar as well as its senior partner Pilsner Urquell. When it is made perfectly, I would argue that pale lager/Bohemian Pilsner (or světlý ležák if your Czech is any good) is one of the pinnacles of the brewer’s art, a redemptive beer that has heritage, depth of flavour and character and a lightness of touch that keeps bringing the drinker back to the glass. It’s easy to chuck a load of hops into the boil and shout IPA!, but the subtlety and the harmony of světlý ležák is a harder thing to achieve.

Pilsner is where it all began.  That is why a visit to Pilsner Urquell is a journey all committed beer lovers should make. After all, it was here that in 1842 that a grumpy Bavarian brewer called Josef Groll was tasked by Pilsen’s burghers to produce a beer that would wash away the memories of the dreadful beers previous brewers had made for the locals. The result was a gleamingly golden, sparkling, lustrous lager, the first of its kind and still being brewed today. Given that the Czechs are inordinately proud of their beers, it comes as no surprise that the home of Pilsner Urquell is one of the most popular tourist sites in the country.

You could say that it’s a beer Disneyland. You enter through what resembles a miniature of the Brandenburg Gate in Berlin. Glance around: a massive locomotive sits under cover in a shed, a memory of the time when trains left the brewery carrying beer for all across Europe; not far from here is what looks like a minaret from Arabian Nights but is in fact a water tower. Down beneath the brewery, there are nine kilometres of tunnels dug in the soft sandstone during the 19th century. Here, in these underground passageways, pitch-lined barrels of lager would be left to mature before going out to conquer the world and become the prototype for all the golden beers that have been brewed since. However, after all, you’re really here for a beer and whether you’re in a pub in town or opening a bottle at home, you can expect a soft malt and resiny hop nose, while the palate is rounded with a light hop bitterness, followed by a long dry finish.

One of the glorious advantages of the current beer revolution (whether you want to call it craft or not) is that more breweries, wherever they are located, are looking to the Czech Republic for their inspiration. In London, Mondo's ALL CAPS, has sweetness from maize and the Czech Saaz hops provide that classic bitterness.  The Belgian Mongozo Premium Pilsener has that mild, ‘hoppy’ flavour and easy drinking quality that makes beers of this style so moreish. Na zdraví!

Where to buy Pilsner (Urquell)

You can find Pilsner Urquell in our Modern and Masters Beer Case. Other beer cases too have some exciting Pilsners for you to try. If you love fresh draught beer then grab yourself one of our Pilsner kegs, we have them for The SUB and BLADE. 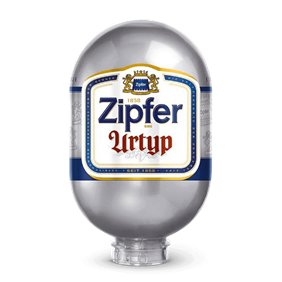 Should your summer beers be ice cold?

How to find the right serving temperature

Same great taste, without the gluten