We absolutely love Christmas here at Beerwulf - it's the most magical time of the year! While summer brings out the best of fresh and fruity flavours, winter has a special place in our hearts because of all the seasonal brews!

Brewers across the world roll up their sleeves and create special festive beers that delight the senses, so here is your guide to everything Christmas beers have to offer.

Let's go back to the 1920s! The now infamous Stella Artois lager was introduced originally as a Christmas beer, named after the North Star (Stella meaning star). Following its enormous success, they began brewing it all year round - and now is one of the most famous Belgian lagers. Cool, right?

Similarly, in 1948 the "Trappists of Chimay" developed a Christmas beer which too, was first only available in winter and later became the classic we all love, Chimay Blauw, which we often sell in our beer cases today. 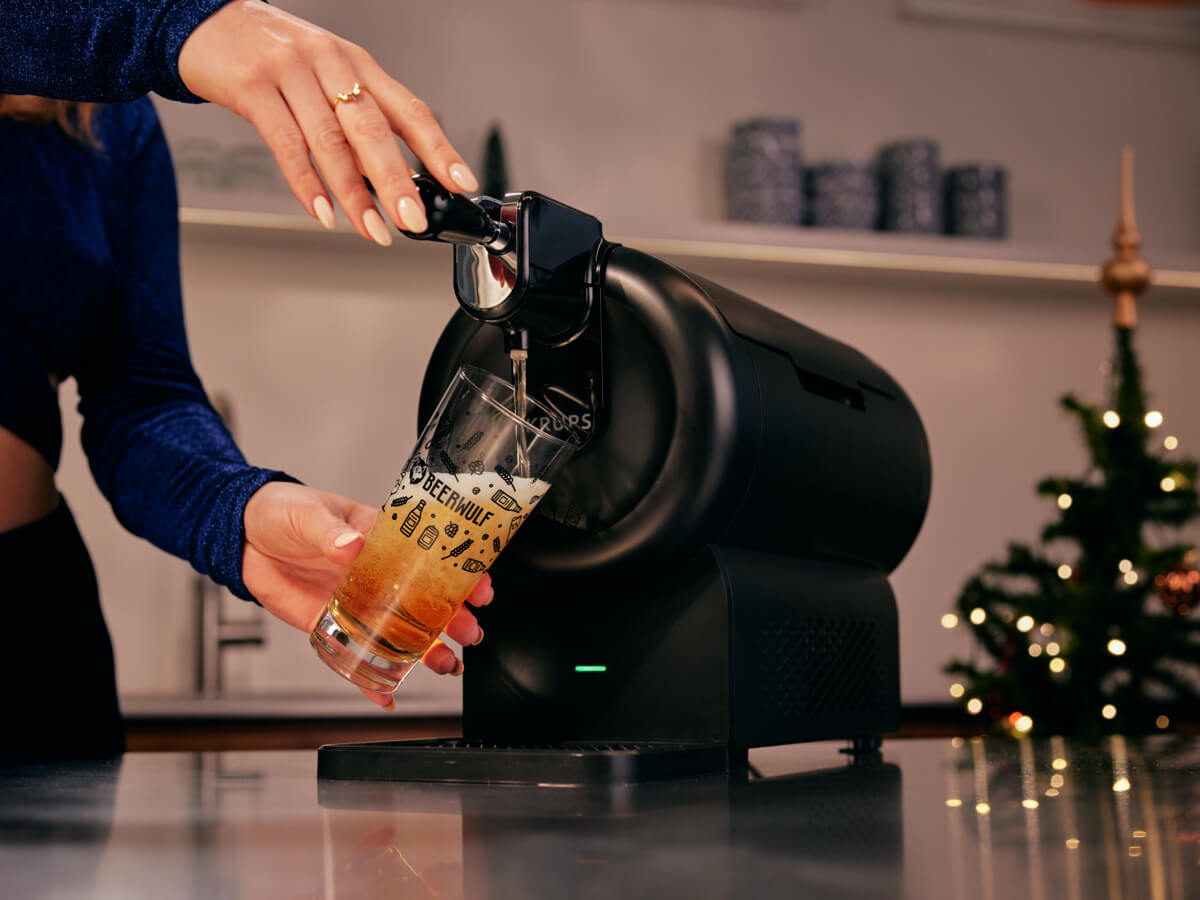 What are winter beers?

Although winter is pretty entwined with Christmas, winter beers are a little bit more general, although the flavours are similar. They are often ales, barley wines, stouts, porters and quadruples. There is nothing better than getting cosy for the festive season with deep amber, golden brown and sometimes even rich black, spicy beers. The emphasis is on warmth and strength, perfect for dark nights, shielding from the cold. Below you will find a selection of these winter warmers, perfect for cosy nights in on the sofa. Enjoy!

Why are Christmas beers traditionally heavier?

In the 19th and beginning of the 20th century, brewing was only possible during winter. The lack of more advanced techniques during the warmer months meant it was impossible to cool. This setup seemed to work well for the labourers, who worked on farms during the summer and then found work in breweries during the winter. When the cold came, the leftovers of the granary were used to make heavier winter brews.

A nice example of this is the Avec les Bons Voeux (Best Wishes in English), a Tripel Saison from Dupont Brewery and a quite heavier version of the Saison Dupont. Nowadays almost every Belgian brewery creates such a winter creation.

You may or may not know that Christmas beer is in fact a style. They are seasonal beers that are exclusively brewed at this time of year. Although as we have seen with Chimay and Stella, this can change. They are commonly strong, dark, and spiced with cinnamon, orange peel, cloves and vanilla. The true tastes of Christmas.

Despite Christmas beers being a specific sub style, there are still lots of flavours that evoke that Christmassy taste and feel. When the cold air of the winter season rattles at your window and pumpkin beers of autumn give way to holiday offerings, beers with a spiced warmth and high alcohol content help you ignore the chill outside. Beers with chocolate, vanilla and sweet dark fruits also create a particular richness and feeling of luxury that is so often synonymous with Christmas time.

Are there Christmas beer festivals?

In short - yes! In the 90s, several OBERs (Objective Beer Tasters) from Germany took the initiative to bring all Belgian Christmas and winter beers together. What once started as a local festival with 40 beers, has now become a true phenomenon. The Christmas Beer Festival is one of the best beer festivals in Belgium and is always sold out.

Once, the festival sold out within 2 days... in August! At the festival, beer lovers come from far and wide to taste Christmas and winter beers for the weekend. The selection ranges from a warm Liefmans Gluhkriek to a lot of barrel-aged beers. The visitors also vote for their favourite Christmas beer.

For some festive beery magic, why not send some tasty brews to your beer lover? They make fantastic gifts... if we do say so ourselves.

'Tis the season to be jolly

Swap the bubbly for beer!

Get toasty with a seasonal beer