You’d think they’d been there as long as the Victorian railway arches they occupy.

The Five Points is firmly rooted in East London, after seven years brewing in railway arches under Hackney Downs they recently moved into a brand new flagship headquarters and are currently building the largest brewery taproom in Hackney.

The team have their founder Ed Mason to thank for such trendy East London digs. The former pub-owner had been running a craft beer bar named Mason and Taylor in Shoreditch, but when new buyers (BrewDog) moved in, he took the money and went off to start his own brewery. He appointed Greg Hobbs as Head Brewer, and low and behold: Five Points was born. 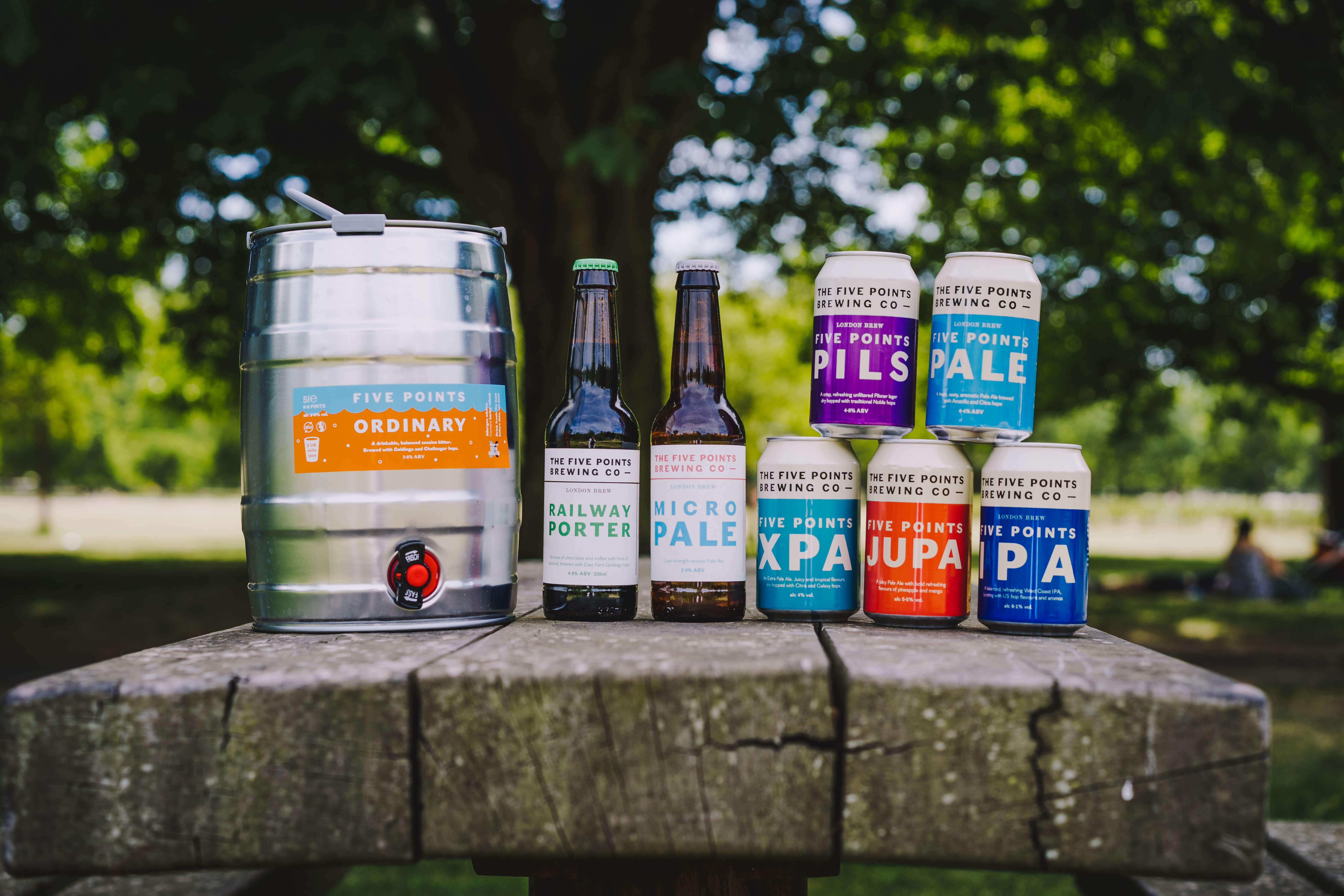 Inspired by the British real ale tradition as well as the booming international craft beer movement, Five Points set out on its mission to brew modern, vibrant beer. Five Points Pale Ale is the brewery’s flagship and its most famous beer by far. It’s a classic American pale: easy drinking and fresh, and according to Ben, “we wouldn’t be where we are today without it”.

Then there’s the XPA and Jupa. The Pils too, is a reliable yet distinct option: it’s the beer you can always count on for a good pint wherever you find it.

Outside the core range, Five Points isn’t shy when it comes to collaborating. They’ve brewed seasonal beers and small batches with the likes of Magic Rock, Thornbridge, Gipsy Hill and Wild Beer Co.