Rogue Ales & Spirits has named Oregon its home since it was founded in 1988. Brewer John Maier started with a modest brewing system that he called Mojo, after his dog. Rogue has now won more than 2000 awards and produces a large number of different beers. In 2018, for example, there are already more than 30!

Rogue is one of America's largest breweries. Literally, because almost all raw materials are grown on a piece of land of 22 hectares. Here the company grows 10 different types of hops, 2 types of barley, wheat, rye, pumpkins, blackberries, cucumbers, jalapeños. More than 7 million bees also work on their stock of honey.

In 2014, CEO Brett Joyce came across a full cooperative outfit from before the Second World War. Since then, Rogue is the only beer brewer that also makes its own wooden barrels and barrels. Also the wood that is used for these barrels comes naturally from the oak that grow on the farm. 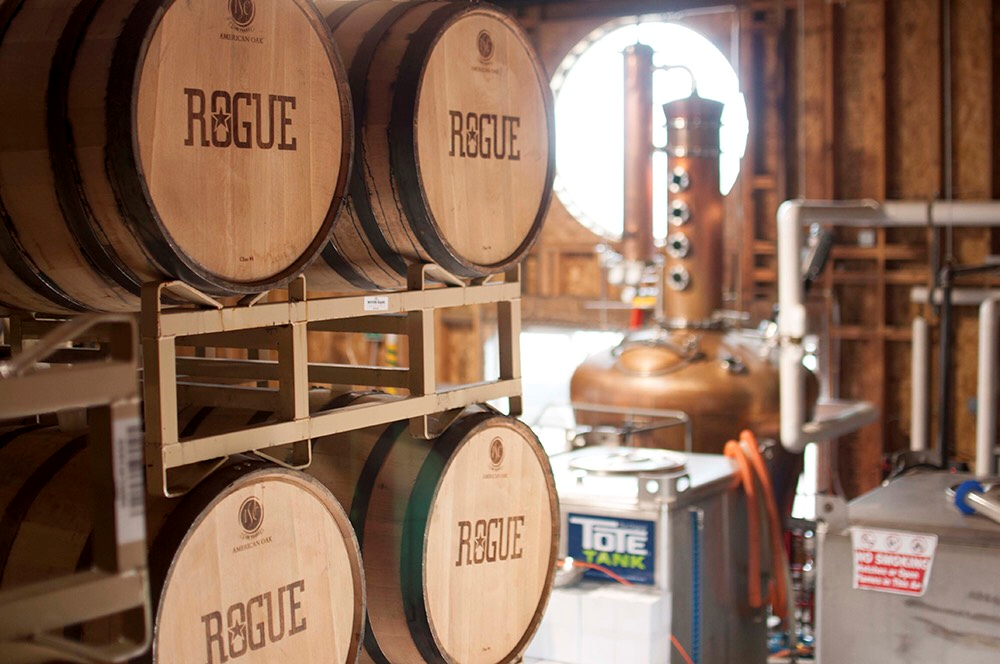