Leffe beers are brewed by the Stella Artois Brewery, located in Leuven, Belgium. The Leffe Abbey, founded in 1152, was a Norbertine Abbey, which was home to canons.

After the outbreak of the plague in 1240, the canons decided to build a brewery in order to provide people with a healthy and invigorating drink. Not a bad idea since the brewing process kills all pathogens. After the French Revolution, in 1929, the Abbey was founded anew and the brewing tradition was continued. Leffe is one of a number of breweries that is responsible for a surge in the popularity of craft beer in the Netherlands. 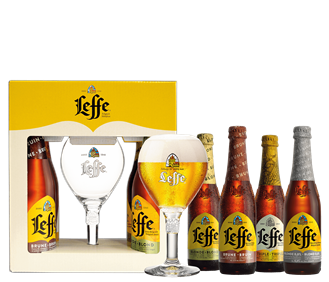