Unless you are a real beer style expert, Bock beer is widely unknown by people in the U.K. However, it is big in The Netherlands, it is often considered to be the only true Dutch beer tradition. Like many other traditions, it has been co-opted and attuned by other countries and cultures. With Dutch, it has an emphatic connection with autumn, although it is originally a spring beer. It is synonymous with the colder, more cosy months. Some write it without the 'c' (bokbier), however the goat actually has nothing to do with its naming. Although some reportedly believe the moniker comes from the winter month zodiac sign, the Capricorn symbol of the goat.

Like many good stories, the true origin of Bock beer is shrouded in mystery and in fact, a point of contention. The most widely accepted hypothesis places the origin in Einbeck, Germany. Einbeck was an important beer city in the late middle ages, and Bavarians looked with envy to the incredible popularity of Einbecker beer. The local brewers had a problem, the summer heat was too hot to brew properly. The wild yeasts could not do their job properly. They needed a solution. To which they landed on; brewing a regular beer with more alcohol. This natural preservative kept the beer, brewed in March or April, up to scratch throughout the summer.

It wasn’t until 1614 that brewmaster Elias Pichler succeeded in brewing a similarly flavourful beer in Southern Germany. Then, his beer was pronounced 'Ainpöckisch' in the local dialect. It is here the etymological basis of 'Ein Bockbier' is tied up. Others believe Bavarians to mispronunciate the beer from Einbeck to sounds like “ein bock,” which means “billy goat” in German.  There are countless of other variations of this story! 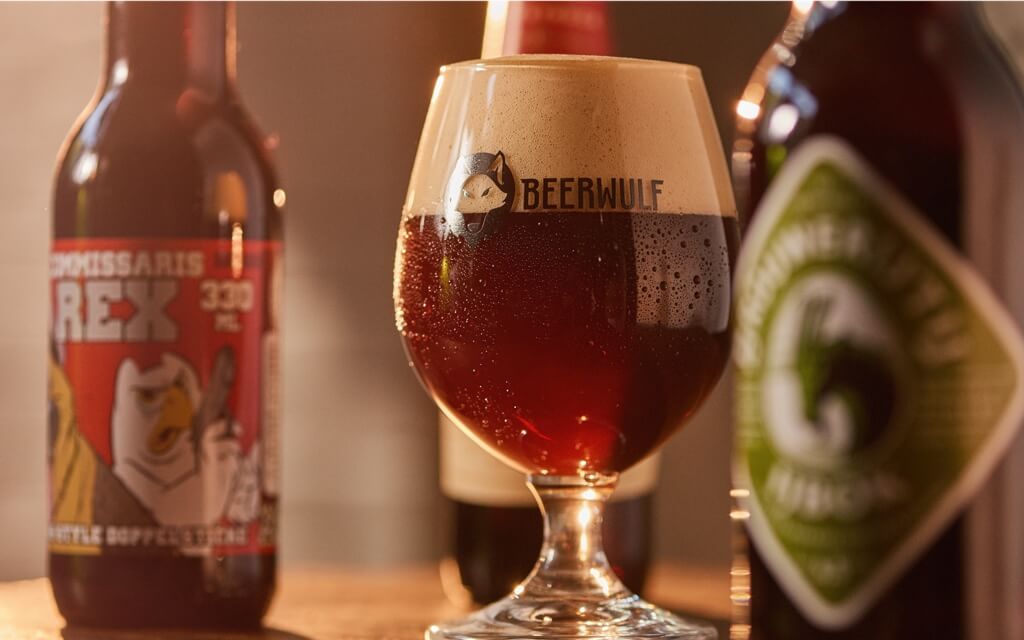 Whatever you believe, most Bocks are strong, with an ABV of 6.5%. Most Dutch Bock beers are dark, slightly sticky from the malt sugars and with a slight bitterness. They usually appear dark copper to deep chestnut and sometimes quite auburn in colour. A foreign Bock however can have any colour and taste. Despite the robust flavours and strength, most Bocks, with the exception of Weizenbock, are actually bottom-fermenting Lagers.  However, The Netherlands is undeniably innovative and resourceful where beer is concerned and often brew top fermented Bocks. They are fermented over a long time, and then aged in cold temperatures. This lengthy phase of lagering mellows the taste and smooths the intense flavours, creating a smooth, well-balanced beer.

Bock beer is very popular in the Netherlands. The Radlers, alcohol-free and low-alcohol beers have caught up with Bock beer in terms of volume, but the latter remains high up in the rankings at a respectable distance from what is by far the most popular beer of all: Pilsner.

And brewers often add their own twist to distinguish themselves from the crowd - this has resulted in bock beers with fig, plum, exotic hop varieties and other exciting additions. Today, many German breweries still have a 'Bock beer' as a heavier version of their regular beer. Take  Weihenstephaner Vitus: a wheat Bock, a more robust version of their regular Hefeweizen.

In addition to this, many German brewers have a Doppelbock in their range. The Einbecker May Urbock is a modern replica of the original, dark Bock beer. The brothers of the Paulaner monastery in Munich were the first to adopt a stronger beer using this style. The monks would brew this special strong beer as a symbol of better times to come, often consumed at Lent fasts, marking the departure from winter. They were not allowed to eat, but the sugar-rich beer acted as 'liquid bread'.

But it can get more complicated: take Schneider Aventinus Eisbock, for example. This classic is first brewed as Doppelbock, after its creation it is repeatedly frozen. The brewers will constantly remove some ice, this reduces the volume of water whilst the alcohol remains. The final alcohol content amounts to no less than 12 percent - it makes this an explosive taste bomb. The Dutch SNAB brewery has been winning prizes for years with their derivative IJsbok: indeed a Bock of great beauty.

Belgian brewers are often famed for their long-standing tradition with brewing heavy beers. In fact, it wasn’t long ago that they adopted the Bock beer tradition.  La Chouffe was probably the first: Chouffe Bock is now a classic, while Barbar Bok (Brasserie Lefebvre), Maneblusser Bok (Het Anker) and Brugse Bok (De Halve Maan) are more recent. All these beers have been specially developed for the Dutch market: you rarely find them in their own country.

Since the Dutch Bock beer does not have to comply with many rules (it only needs to have more than 15 degrees Plato) the Belgian brewers did not find it difficult to reproduce. Instead they can, jokingly, put 'Bock' on most of their beers. But just like with Tripel (such a poorly described style) you recognise a Bock beer immediately when you put it to your mouth. If Duvel ever wants to promote his beer as 'Bock beer' then that is allowed - but nobody will believe it!

The start of Bock beer season is supposedly a marked occasion in The Netherlands. However, it never managed to get its own day. Despite this, the first Monday of every October is used to celebrate the start of festivities. This is the day that beer ambassadors and brewers come together to usher in the new Bock beer season. By this point, the beer has been available for weeks in off-licences and supermarkets and customers have been enjoying this seasonal treat in many a drinking establishment across The Netherlands.

If this sounds like fun, explore this Dutch tradition! Create your own tasting of this delicious and emotive style. Determine which is the best or most delicious or see if you can identify all the different styles. With our Bock beer case, you will get 16 Bock beers, delivered straight to your door. No need to travel to The Netherlands, although they do have very good beer! 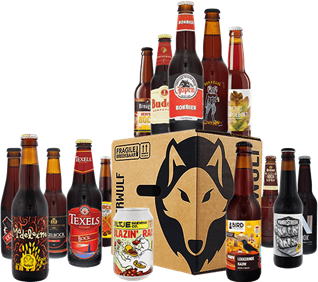 Autumn is upon us, besides pumpkin lattes, conkers and tartan shirts, for beer lovers this season means Dutch Bock beer! There is a lot to discover in this traditional Dutch beer profile: dark and warming, toasted malts and chocolately-caramel tones. You can try it all in our new Bock Beer case, there is a strong double-Bock, complex multigrain and prize-winning dark Bock from vandeStreek. Welcome the change in seasons with joy, this is Dutch Bock at its best!

Interesting facts you might not know about Oktoberfest beer