Fruit BeerThere’s so much variation and so many fruit beers to discover, each with different characters for different occasions.

Beers with added fruit, I love them! On a sunny day I prefer a fresh sour Oude Kriek, whereas in the winter months I prefer a more matured one. It’s hard to resist the delicious aromas of port and madeira wine filling the glass. Or how about a kettle-sour beer with added raspberries or apricots?

Fruit beers are beers to which fruit has been added. There are several beers that can be used to make fruit beers, in addition to Lambic beer you can also use white beer. However, you can experiment with almost any beer style. In this blog  article, I hope to explore the most traditional fruit beers whilst also delving into the latest trends and blends.

The most famous fruit beer is the Kriek. It is a refreshing, fruity and slightly sweet Lambic beer. Traditionally, Kriek is made by adding Galician sour cherries. Kriek Boon is made from old and young Lambic by adding 250 grams of cherries per litre.

With Oude Kriek  further fermentation happens once in the bottle, this results in a higher alcohol percentage than a Kriek. Oude Kriek is very fruity and has a fresh, sour taste. The beer can mature for another two years in the bottle to achieve the desired taste. The longer you leave the bottle, the more the taste of the Oude Kriek evolves. Oud Beersel Oude Kriek contains even more cherries, with 400 grams per litre.

Lambic is different to other beers in that it ferments from spontaneous or wild yeasts. Wort from malted barley and unmalted wheat (of at least 30%) is exposed to the outside air, creating a  distinctive, sour taste. It is then put into wooden barrels, where it ferments and infuses with flavours in the wood from previous batches. Old Lambic, which matures in these barrels for three years, can then be mixed with young Lambic. The longer the aging process, the more complex the Lambic becomes. As a strong, bitter taste  is not desirable in Lambic, hops are matured for at least a year.

Fruit Lambics can be made with more than just cherries, in fact Lambics are made from a variety of fruits such as raspberries, like the Lindeman's Framboos but also peaches, apples, black currants and grapes. There are also Lambics that amalgamate both fresh fruits and juice (or with only fruit juice) which can be added just before ripening. Additionally, there are Fruit Lambics sweetened with candy sugar or other sweeteners.

A good example of a raspberry beer is Bacchus Framboise. The base beer is Bachhus Oud Bruin. This Vlaams Oud Bruin is a sour, acidic beer with hints of balsamic vinegar. The raspberries are soaked in it to create a pleasant balance between sweet and sour. Tingling on the tongue with a soft hint of caramel, the aftertaste is sweet raspberry with a mild acidity.

When fruit juices, coulis or extracts are added without establishing a new fermentation, we call this a commercial fruit beer . They have a fruity character and are generally quite sweet. For example, rosé beer has a white beer base to which red fruit juice is added.  Fruity concentrates fruits such as; lime, apple, elderflower, bascilicum and pineapple can also be added.  An example of this is  Liefmans Yell’oh where they have been added to the pale base beer to create an exotic mix.

Sours with fruits and fruity blends

Sours are very on trend and are currently the most popular basis for a fruit beer. Walhalla's Aphrodite Berliner Weisse and Kompaan 72hr Raspberry Sour are both kettle-sour brewed and contain a huge amount of fresh raspberries. Or what do you think of the Bird Brewery and Oersoep ?! Chick Magnet is also a kettle-sour, this is then blended with a Pale Ale and a large quantity of apricots! Its not hugely sweet, rather refreshingly sour. Fruit is also added to IPAs to emphasize the citrus character, for example grapefruit or blood orange. I recently drank a blend of an IPA and a Sour with rhubarb. A fresh, fruity and slightly acidic beer with a hoppy character "wow". But Milk Stouts are also provided with fruitiness from fresh raspberries and blackberries.

The range of exciting fruit beers is constantly increasing. Brewers experiment with beer styles, brewing techniques, fruit types and also make the craziest blends. Once again; Fruit beers, I think they are fantastic! 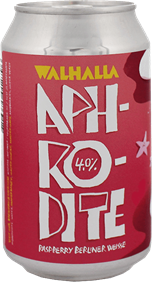 Thornbridge I Love U Will You Marry Me 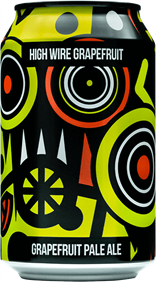