The fresh and light wheat beer.

What is white beer?

Known as bière blance in French, witbier in Flemish and birra bianca in Italian, White beers are defined as unfiltered, top-fermented wheat beer that are cloudy but light in colour. The recognisable haze comes from the yeasts and protein that remain suspended in the beer post-fermentation. White beer is characterised by its refreshing balance of spices, such as coriander, cloves, or even with Curaçao orange peel and vanilla.

You may have heard the term white beer before - but the beer isn't actually white, but the foam is. In the production of white beer both barley malt and unmalted wheat are used. The combination of wheat proteins and yeast gives a more opalescent look than other beers. As for the foam, it is very white, creamy and persistent.

Look at all the white beers at Beerwulf 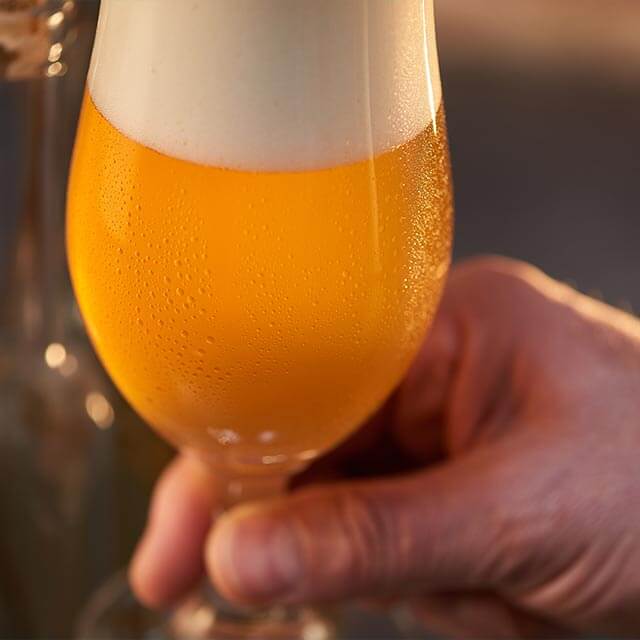 Although largely similar, white beers are often confused with German wheat beers and there are some clear differences. German wheat beers are produced following the Bavarian Edict (Reinheitsgebot), which does not permit the addition of any spice. Instead the flavour comes from the yeast. It is the yeast that creates the greatest differentiation between white beers and weizen.

The German variation has strong banana and clove notes, whereas the Belgian white beers tends to be more spiced, with citrus notes.

Furthermore, weissbier must be made with at least 50% malted wheat.