"We're on a mission from God". In their case, the mission from Ninkasi, the goddess of beer brewing. Stanislaus brings the happy beer message. In a bottle, that is. It is their task to promote the specialty beer culture, to bring (local) micro breweries to the attention and to introduce people to beautiful, tasty beers.

They have two Craft Beer Stores in Enschede (De Heurne 44) and Zwolle (Sassenstraat 13).  They organize various specialty beer festivals throughout the year. In the meantime they have organized seven festivals that were almost all sold out with a total of around 7,000 visitors. In mid-2018 they opened their (first) brewpub in the old Menistenkerk, on the edge of the Oude Markt, in Enschede. The beers are currently available in the Netherlands in the best specialty beer cafés, delicatessens, specialty beer shops, liquor stores and some supermarkets and of course Beerwulf. 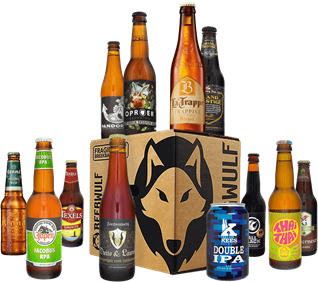