In January 2017, we spoke to Do and Tessel, the two female owners of Gebrouwen door Vrouwen (‘Brewed by Women’). At the time, they were busy looking for a new office building,

As their beer has rapidly grown in popularity and they are now in need of some extra space. After almost two years of working from home next to the piles of laundry, they’re ready for a real office where they can meet clients, give tastings and brainstorm with other young entrepreneurs.

They’ve now found their new headquarters. It’s a large ‘anti-squat’ building with a nice-looking storefront, close to their warehouse and, best of all, they can use their van’s parking permit. Want to check it out? You can! Gebrouwen door Vrouwen’s office is located at Donker Curtiusstraat 15 in Amsterdam. They recently hired their first employee, Mila, to strengthen their all female brewing team. 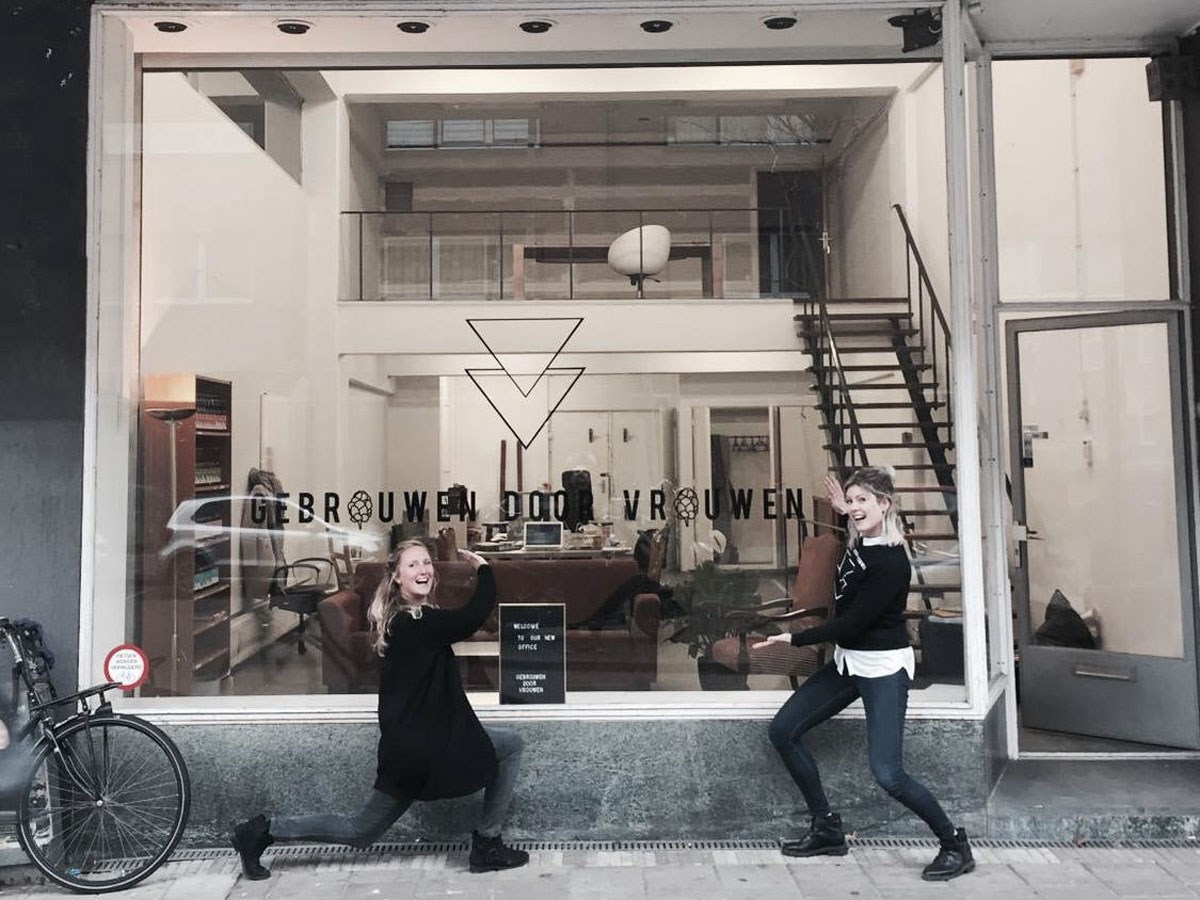 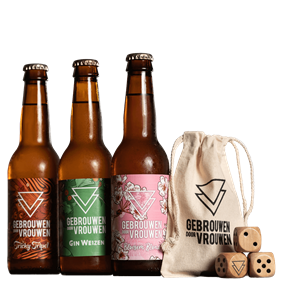 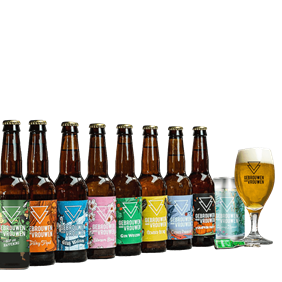 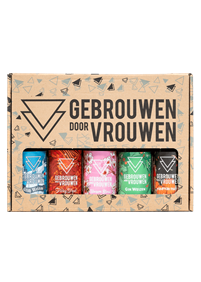 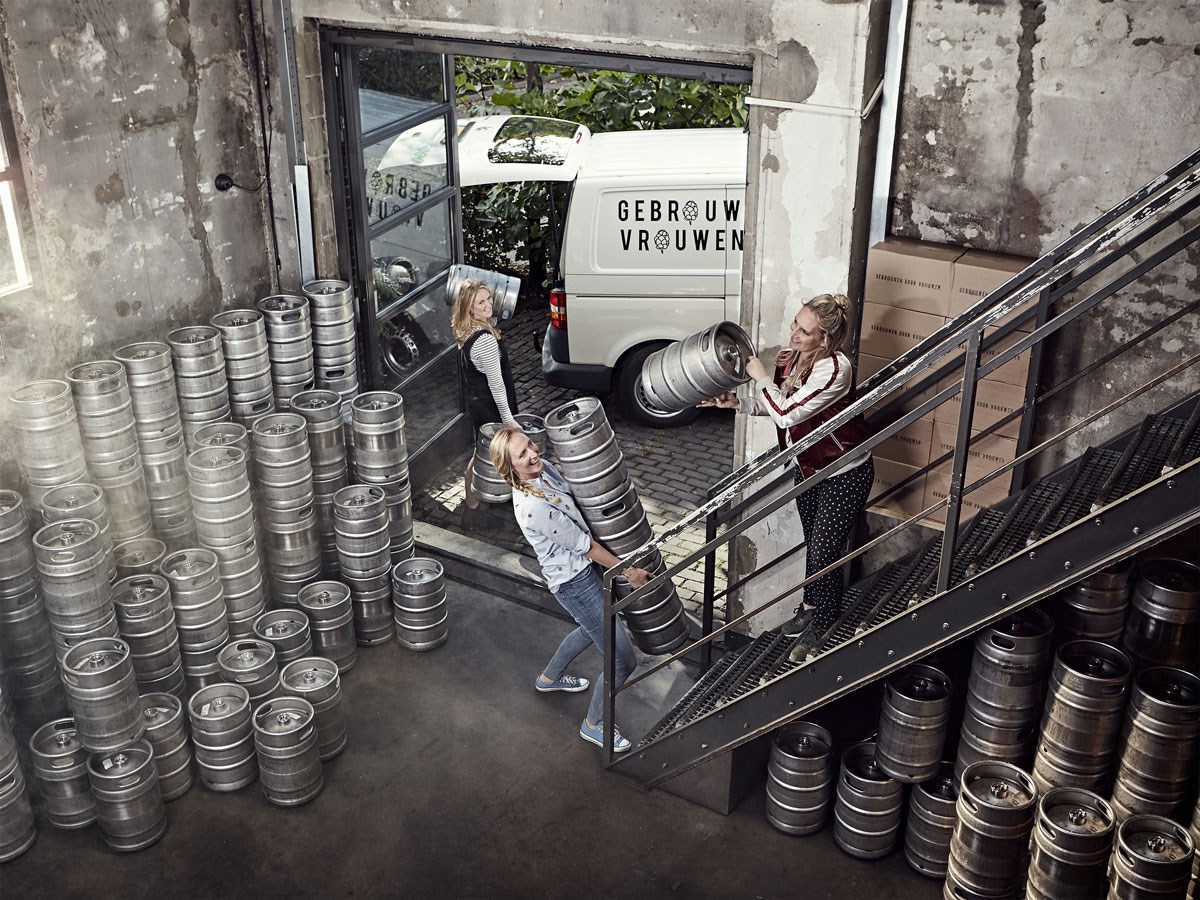 Sisters are doing it for themselves!

That´s enough about the office, back to the beer. Sisters Do and Tessel, both natives of Amsterdam, have been brewing beer since 2013. They began by brewing batches of 20 litres and pouring the beer into flip-cap bottles, which they served at parties or gave to friends as gifts. Some of the bottles found their way to two bar owners. They were impressed by the beer and so, all of a sudden, what was once a hobby was now a much more serious endeavour. In 2016, Do and Tessel decided to quit their jobs and dive head first into Gebrouwen door Vrouwen.

Do and Tessel like to use lots of herbs, malt and wheat in their brews. All their experiments are done at home, after which they send their recipes to be brewed on a larger scale at a well-known craft brewery in the south of the Netherlands. Someday they will have their own brewery, you can be sure of that.

Bloesem Blond contains lots of elderflower, which is a very bitter plant.

Tessel and Do consider Bloesem Blond to be their most unique beer because it packs the most punch. “There’s lots of elderflower in the beer. During the brewing process we have retained as much sugar in the beer as possible, making it a sweet beer. The dried elderflower that we add at the end of the boiling process gives the beer its bitterness. Elderflower is actually a very bitter plant but most people don’t realise this because it’s always used in sweet cordials.”

ebrouwen door Vrouwen has received lots of attention from the media. They were guests on the show Leven in de Brouwerij (Life in the Brewery) on NPO 2 with Patrick Stoof and Kasper van Kooten and have appeared in publications such as Elsevier, De Telegraaf, Haarlems Dagblad and on TV programmes such as RTL Boulevard and Straten van Amsterdam (Streets of Amsterdam) on channel AT5.

What the sisters love most is to be in a bar or at a festival, chatting to others about their beers and offering samples. Their favourite festivals are the Amsterdam Beer Festival held during the Hotel Night event in the garage of the Conscious Hotel and the Nijmegen Beer Festival held in Valkhof Park in the summer.

There they have the opportunity to taste beers from other brewers. Their favourite beers from other brewers are Funky Falcon by Two Chefs Brewing (“a refreshing beer that smells great”) and Waterwolf by HOOP Brewery.  “A fruity saison. Great in the summer months. It’s brewed with juniper berries!” Their final recommendation is Oedipus Thai Thai. Do: “A herbal Tripel with peppers and lemongrass. It’s always exciting to see how spicy the beer will be. The batches vary in spiciness depending on the type and amount of peppers used.”

It’s clear that Gebrouwen door Vrouwen’s number one mission is to create great tasting beers and to, more importantly, have lots of fun brewing and drinking. So far, they have done just that. Cheers! 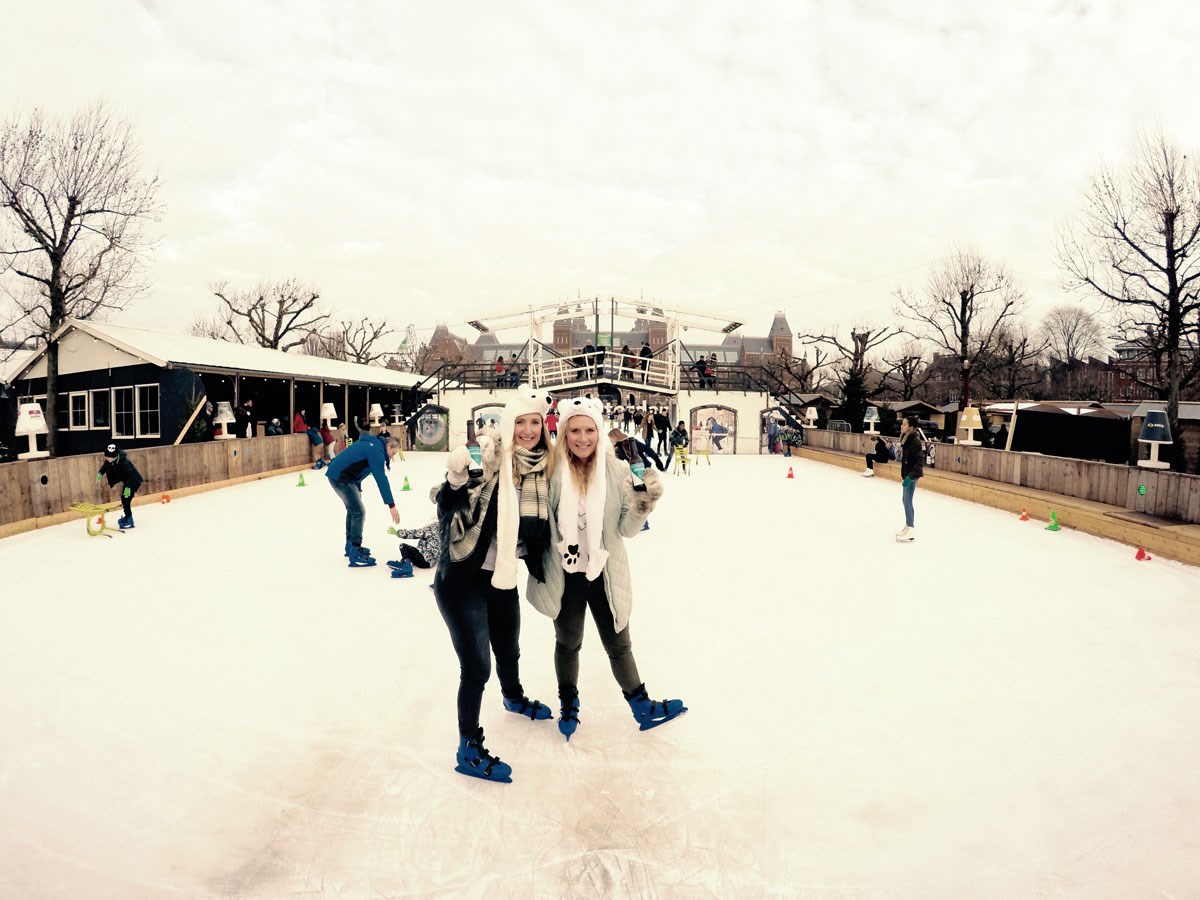