Five Points is so deeply rooted in its local community of Hackney, East London, you’d think they’d been there as long as the Victorian railway arches they occupy.

“It’s always been our home, since day one,” explains Ben Winders, the brewery’s Events and Projects Manager, “Our warehouse is just down the road, and we took over our second arch and bought the Pembury Tavern across the road last year. We’re well and truly entrenched in the area.”

The team have their founder Ed Mason to thank for such trendy East London digs. The former pub-owner had been running a craft beer bar named Mason and Taylor in Shoreditch, but when new buyers (BrewDog) moved in, he took the money and went off to start his own brewery. He appointed Greg Hobbs as Head Brewer, and low and behold: Five Points was born.

Inspired by the British real ale tradition as well as the booming international craft beer movement, Five Points set out on its mission to brew modern, vibrant beer. Today that mission continues with help from a 32 hectolitre brewhouse, packaging plant and barrel ageing store.

Five Points Pale Ale is the brewery’s flagship and its most famous beer by far. It’s a classic American pale: easy drinking and fresh, and according to Ben, “we wouldn’t be where we are today without it”.

Then there’s the XPA. Originally brewed for a festival crowd at London’s Field Day, the beer went down so well that it was absorbed into the core range as a low alcohol,  high flavour addition. The Pils is the reliable yet distinct option: it’s the beer you can always count on for a good pint wherever you find it. Jupa is the latest addition to the brewery’s core range: launched at the end of 2018, it’s juicy and tropical with low bitterness, separating it from the rest of the core beers.

Outside the core range, Five Points isn’t shy when it comes to collaborating. They’ve brewed seasonal beers and small batches with the likes of Magic Rock, Thornbridge, Gipsy Hill and Wild Beer Co. 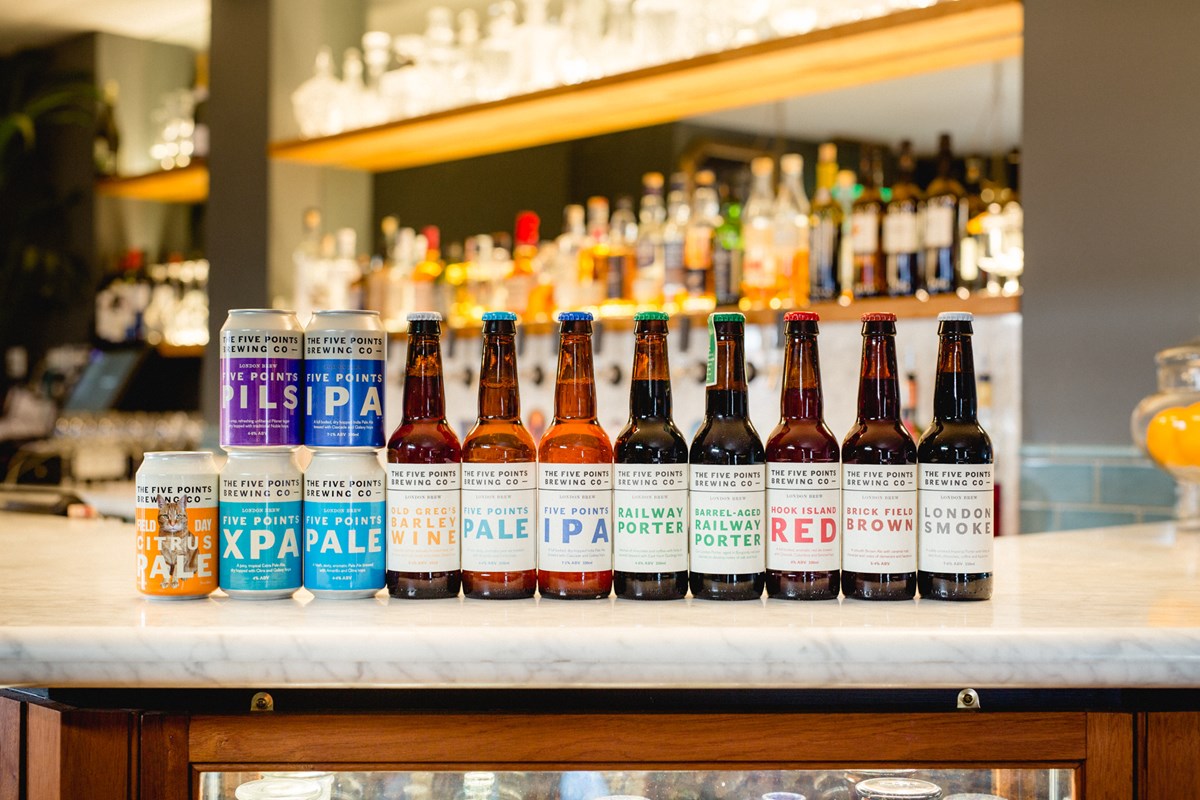 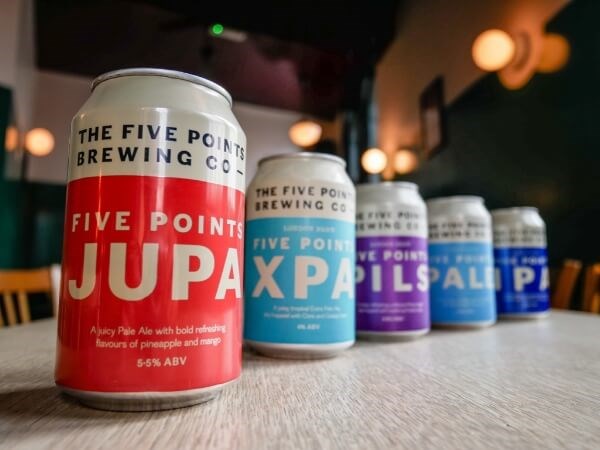 The Five Points way has always been to support those around it, and that’s an approach they’ve worked hard to maintain. “We want to grow, of course” Ben tell us, “but not at the expense of our values”.

One such example is the London Brewers Market, which was set up by founder Ed to give breweries an avenue to sell direct to the public. “Unless you had your own pub or did loads of events, there was no real platform for new breweries to all come together to offer their beer,” Ben explains.

The Alliance formed around 2014 and it’s been going ever since, setting up markets in Greenwich Market, the Horniman Museum, Field Day festival and other locations around London. It’s a celebration of all things London beer, and all the breweries cooperate to make it happen - they’ll share lifts, logistics, and lend a hand to help each other wherever possible.

And that’s just the beer community. When it comes to Hackney, Five Points is just as present. First there are the charity partnerships, most notably those with Hackney Winter Night Shelter, a local homeless charity the brewery supports by running events, donating profits, organising merch raffles; then there’s Headway London, a charity helping those who’ve suffered brain traumas. Employees from Five Points regularly get stuck in with helping with gardening, cooking, lunches, and fundraising events.

It doesn’t stop there: inside the brewery walls, all electricity comes from from 100% renewable sources and there's a focus on investing in people first and foremost. Five Points set an example as the first brewery to become an accredited living wage employer, and started an apprenticeship programme which brings young local people into the organisation and supports them in achieving their General Certificate in Brewing.

In Autumn 2018 Five Points completed refurbishments and reopened The Pembury Tavern, an old pub across the street from the Five Points brewery. This allowed the brewery to start hosting events in its own taproom, but also, importantly, represented an opportunity to give back to the community with something new and accessible for the locals. The pub naturally serves a full range of Five Points’ core beers, but also serves array of beers from other East London breweries, and is a hot spot for tap takeovers.

Fancy stopping in for a pint? The Pembury Tavern is located between Hackney Downs and Hackney Central Station. It has 22 lines of beer across cask and keg and does a mean New York-style pizza for under a tenner.