This microbrewery from Breda was created by a passion that Roel Buckens developed in his younger years. After working and living in Australia for a while, he knew back in 2011 that he wanted to start a brewery. After the brewery was officially established in 2013, a small-scale installation started. Soon the talent was recognized and acknowledged, and since then the brewery has grown every year. Because of the growth, the brewery is currently busy opening a new brewery in Breda.

If they find one thing important, then it is the quality of beer. Frontal tries to take the consumer with him in the flavors of his beers. The flavors that are tasted in the beers are created by using certain ingredients or specifically applied processes. Or beer to think about. They do not make any concessions in their recipes when it comes to the taste and quality of the beer. This is not always easy to implement, but the appreciation for the created flavors makes everything right. For example, they cook their Rhodesian (barley wine) for several hours to obtain the desired depth and complexity. But also the hop in the hoppy beers and the different yeasts used challenge the taste buds. 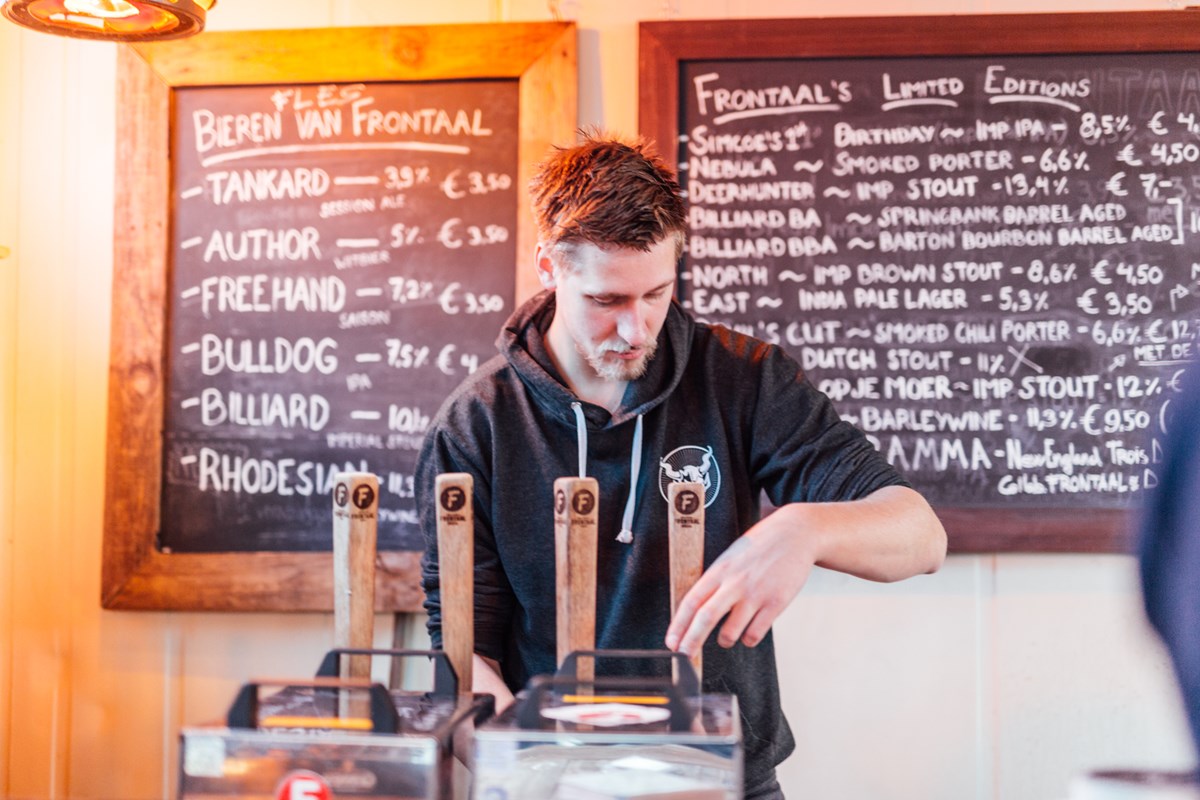 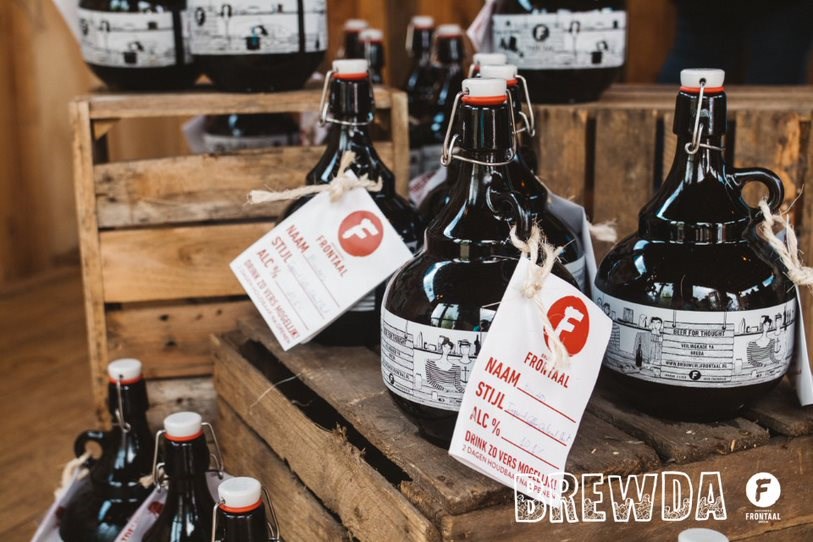 The artwork of Frontaal is also praised. The honest drawings of Jenna Arts belong to the brand and can no longer be ignored. The solid-line beers are black in white, but the special line contains more color. Frontaal is of the opinion that a positive impression contributes to the total experience of the beer and also conveys what you can expect from the beer: Creative, detail and traditional made.

Because this young brewery also likes to share and share experiences, they organize Brewda every year. This Bredase beer festival aims to invite a maximum of 12 breweries, from home and abroad, which are new in their entirety or are innovative with their beers. In 2018 the 5th edition will be held on the first Saturday of September.