In a historic building on the Rokin in the heart of Amsterdam, Bierfabriek brewed its first beers in 2011. The perfect combination between brewery and restaurant, that's what Andrea Possa dreamed of. "The idea is beautiful in all its simplicity, having dinner in a brewery. Beautiful own brewed beers and a well-organized but carefully composed menu with honest, Burgundian dishes. Add a handful of peanuts to each table and you have the Beer Factory, "Possa said. Bierfabriek has three breweries, in Zoeterwouden and in 2014 a second Beer Factory in Delft opened its doors and in early 2017 a third brewery was opened in Almere. The fourth brewery is scheduled to open in 2019!

Since the opening in 2011, the recipe of the beers has been refined every time. "The result is that we now have 3 very nice beers", says master brewer Wesley Aarse. They are all characterized by their accessible nature without having less character. The Bianco is a beautiful blond beer inspired by the Belgian abbey beers, Rosso a ruby ​​red Ale who tastes fruity with a slightly bitter aftertaste, because of the Czech hops. Nero is a smooth Porter with a small 'bite' and hints of chocolate and toast. Bierfabriek prides itself on always delivering quality by staying close to itself. So do not expect an endless number of flavors with brightly colored labels. But a solid assortment of high-quality beers, each with the potential to be timeless classics. 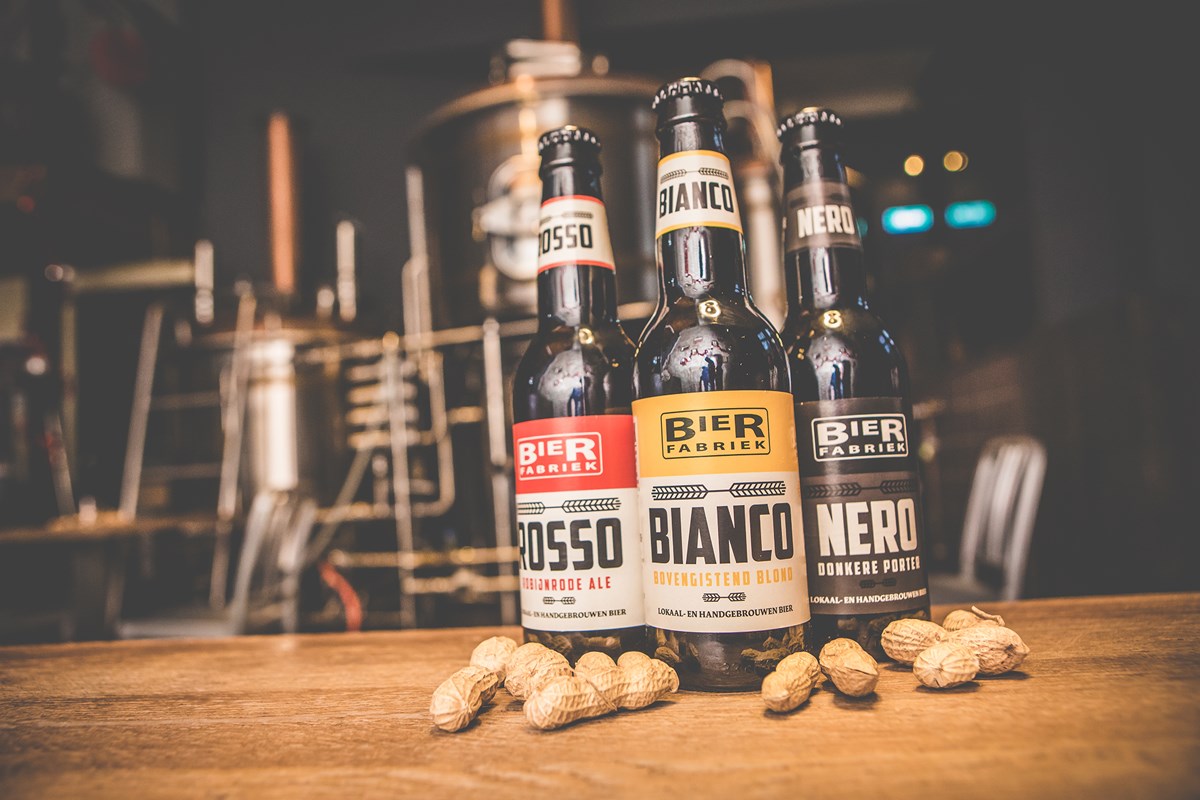