Germany is a country known for its beer diversity, the usual suspects; pale Lager, dark Lager and Wheat beer are joined at the bar by regional styles and seasonal specials. Let us take you on a journey through the German landscape, exploring of some of the most famous German beers, well known German beer brands and a list of some of the must-tries. We will discuss some of the classic German styles and the most iconic of their category. German has a burgeoning craft brewery scene too! Basically, wherever and whenever you go to Germany, you’re guaranteed a good drop.

Let’s start in Bavaria, where the three most-famous beer types are ubiquitous. The soft golden hues of  Helles (like Kurpfalz Bräu) has a pleasing malt sweetness and a gentle bitterness. Helles is a light companion to the dark Dunkel Lagers, a toasty brew known for its dark appearance but light taste. Dunkels maintain the refreshing essence of Lager with a little extra depth and complexity.

Bavaria is also home to Hefeweizen or Weizen or Weissbier. Wheat beer is fermented with a classic, top-fermenting yeast. Wheat beers are considered to have smooth and satisfying banana-like aromas. Weihenstephaner Hefe-Weissbier is the classic but Erdinger and Paulaner are also great alternatives.

Wheat beers range from creamy and light to roasty Dunkelweizen (like Paulaner’s), through Weizenbock (Weihenstephaner Vitus), which is a stronger wheat beer, to Hopfenweisse with lots of hops added at the end (Schneider Weisse Tap 5).  In addition, a Wheat beer, must be brewed with at least 50 percent wheat malt. The top fermenting yeast typically brings a clear colour to the glass. However, this is rather a modern story, a classic Bavarian Wheat beer is cloudy. Completely opaque.

Munich celebrates several ‘beer seasons,’ beyond the familiar four of spring-summer-autumn-winter that we all know. Each alternative season is determined by the weather it brings and consequently the beers that are brewed.  Additionally, each season also gives further reason and excuse to go out drinking.

The Bock story goes way back. It has changed in recent years but historically, Doppelbock was drunk in March, distinguished by strong and malty Lagers. These rich, weighty beers see away the cold months and are the ideal beer to drink as we move towards the warmer months of Spring. Succeeding this comes Bock, although not officially born in, Bock was raised in, Munich. Another malt-forward (but less-strong) beer with a rounded, toasty depth. May brings paler Maibocks. Succeeding this comes beer garden weather and its Kellerbiers, the unfiltered Lagers perfect for long afternoons in pub gardens. In September you drink Oktoberfest beer, deep gold and delicious Lagers which were once known as the amber, malty Märzens but are now more like a bulky Helles. Towards the end of the year, there is a shift to stronger Lagers; Festbiers, these need no excuse to drink. A meet-up with friends is enough!

Nowadays, in the Spring you drink Helles Bock. In Fall it is common to drink Dunkel Bock and September is Oktoberfestbier and Märzen. Keller is drank all year round! It's a lot simpler, but a less interesting story. If you are interested, read What is Bock beer?

Berliner Weisse and Gose almost died out in Germany but these historic sour wheat Ales have been revived by craft brewers around the world, despite this, you still won’t find that many in their homeland. Berliner Weisse is soured by lactic bacteria and is typically light and tart (like Stone White's), while Gose shares similar characteristics but is spiced with floral coriander seed and seasoned with salt (check out Wild’s Sleeping Limes for a Gose inspired beer).

Travel north of Munich, past the rolling hop fields of Hallertauer, past Bavarian barley fields, you'll find yourself in Franconia. Famed for its rounder and richer Lagers, with a more traditional - albeit less refined- taste than a Munich Helles. And if you stop in Bamberg, you’ll also find Rauchbier, or smoked Lager, varying in colour from yellow to deep brown. Ranging from smokey bonfire tones to full-on smoked sausage. Unlike lower Bavaria, pale lagers appear amber in colour and unfiltered beer is more common.

Just north of Franconia, into Thuringia, and you’ll find the home of Schwarzbier, or black Lager. It might look very dark but close your eyes and you could easily mistake it for a pale beer. Light refreshing qualities complimented by the subtle savoury notes gained from the dark grain.

Pilsner is another of the ubiquitous German beer styles. It’s bright, light, bitter and refreshing. A beer style that has been replicated and copied all around the world, Pilsner is the world’s best-selling beer type. Incidentally it’s also Germany’s best-selling style (though in Bavaria Helles is probably holding on to the top spot). Bitterness varies in all Pilsners, with some being quite subtle and others much more intense and distinctive (London’s Fourpure make a good German-style Pils).

Traditional brews such as Pils, Helles or Weissbier are not just popular in recent years. But since many specialty breweries have popped up in this country, the conventional styles have been revived with creativity, blowing a new wind through the German beer landscape.

As mentioned above, for a long time German’s have been considered as beer artisans; the beer masters. They brew with traditional methods and use long-established techniques. However, in recent years there has been a succession of new small-scale independent breweries specialising in experimental handcrafted beers. Here we explore some of the best small breweries, often combining time tested processes with the innovation of modern-day brewing.

Germans are famed for their beer, and for very good reason. Any trip to Germany is incomplete without trying at least some of them. And the beauty of Germany is that visiting at different times of the year gives us a great variety of excellent beers. Often a particular taste or style is very closely linked to a certain place, rewarding the travelling drinker rather than the stationary one.

Want to really get involved with German beer?

With The SUB and Beerwulf 2L kegs you can expereince the taste of Germany and tap brewery-fresh German beers without having to leaving the house. Or, grab a pre-packed beer case crammed with delicious German brews. 16 crafty German beers to explore German icons such as Paulaner’s Oktoberfest Lager, Schneider Weisse Fest Weisse (TAP 4) and Camba Märzen! 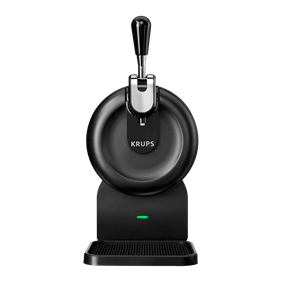 Interesting facts you might not know about Oktoberfest beer