Father’s Day is all about putting dad in the limelight. Whether you surprise him with a beautiful pack of craft beer or a homemade card from a little one, most of the time, dads tend to be easily satisfied. But how can you go the extra mile this year?

Let’s look to Germany, where the Father’s Day tradition is similar to the UK, but with one important addition: everyone heads outside to drink beers and have a barbecue. I don’t know about you, but when I heard about this beautiful tradition, I was immediately a fan.

Another small difference: Father's Day in Germany is celebrated on Ascension Day, the 40th day of Easter, which Christians celebrate as the day that marks Jesus ascending to heaven. This is part of the origin of the tradition: around 1900 predominantly single men from Berlin made trips on Ascension Day. It was a free day in the spring and a great opportunity to get out, drink, and escape daily grind.

Today, Father's Day trips, especially in North and East Germany, are a popular tradition among men. It’s common to take a kind of wagon out with you to carry everything you need. There is actually a whole subculture around the “Bollerwagen”, including a racing competition for the best-built vehicle. 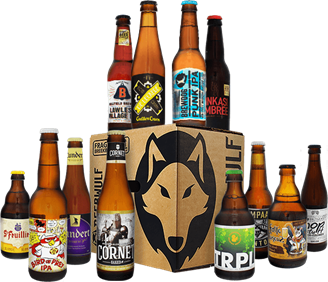 With 12 accessible and easy-to-drink beers, the Explorer Pack is the perfect introduction to craft and specialty beer. It's also a great opportunity for seasoned beer lovers to discover something new. Inside this toolbox is everything a beer explorer needs to unearth the world of craft and speciality beer. Much more fun than getting a toolbox filled with screwdrivers, a hammer and pliers, right? Treat yourself to beers from 12 different brewers, in six different styles and from five different countries. This beautiful pack contains lots of different beers that you can enjoy or share with friends.

What appeals to me is the simple concept of Father's Day trips: getting together with friends outside, having a barbecue, drinking tasty beers and relaxing. It’s a simple yet effective pastime, and there’s not much more needed to make the average man happy!
Good weather is a bonus, but not a requirement. It’s easy to dress for the cold and arrange shelter from the rain - nothing should prevent you from beers and barbecues.

Burning fires has been a passtime for men since time immemorial. That's why many of us love barbecuing so much. If the barbecue is burning, wait until the coal starts to glow nicely. That’s the moment for the first beer.

Start with a beer that’s not too heavy, but with enough to offer to shake your taste buds. Mentor from Kompaan from the Father’s Day 12 pack or Noordtsingle from the 16 pack for example. Both hoppy, which often kick-starts the appetite.

It’s easy to dress for the cold and arrange shelter from the rain - nothing should prevent you from beers and barbecues.

Chicken is versatile; almost everyone likes it. You can grill drumsticks, of course, but a whole chicken is extra special. Beer Can Chicken is the classic among BBQ lovers, but that requires a slightly higher barbecue. This isn’t necessary with a flat chicken, also known as Road Kill Chicken.

By making the chicken flat you ensure even cooking on the barbecue, and you can also get a crispy skin this way - just combine good herbs and smokewood. Try our Road Kill Chicken recipe for the perfect barbecue crowd-pleaser.

With this chicken you can drink Jessenhofke TRPL (12 pack), Walhall Ares (16 pack) or De Eeuwige Jeugd Bullebak (20 pack). All three beers offer the same intensity as the dish, which ensures a good pairing. 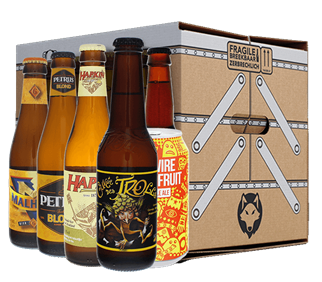 The Mystery Pack is a heavily discounted version of one of our existing packs. You never know what you’re going to get, but we can tell you that you’ll get 16 great craft beers in different styles, from different brewers.

One of the beers in the Mystery Pack expires on December 11th. The other beers are still good until at least March 2019.

Out of stock. Notify me when product is back in stock.
Please enter a valid email address

For me, smoked salmon is another BBQ classic. After the chicken you often have enough residual heat in your grill, provided you have good quality briquettes. This allows you to smoke a piece of warm salmon nicely at a lowish temperature. Try this Smoked BBQ Salmon recipe at your Father's Day barbecue this year - it won't disappoint.

Salmon is a fatty fish, so for a beer with carbonic acid that will cut through, try Ninkasi Ambrée (in the 12 pack), Hapkin (in the 16 pack) or vandeStreek Koper (in the 20 pack). 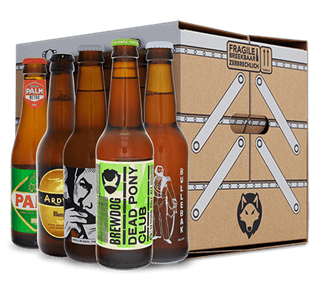 The most complete pack that contains everything a Father could dream of. Like Spicy Roger, a beer that Gulpener has brewed together with Uiltje Brewery. It is an adventurous and strong IPA, with a spicy touch. Or Baladin Nora from Italy, a herbal beer that does an excellent job as a companion for Italian dishes. So, this is not just a tool kit, but a complete tool kit-on-wheels, with everything you would ever need. A case that can really handle any job, but with a little something extra to enjoy! The pack contains beers from 20 different brewers, in nine different styles from eight countries.

€ 36,95
Out of stock. Notify me when product is back in stock.
Please enter a valid email address

Sure, you might get some strange looks if go out pulling a wagon full of supplies. If that bothers you, you could also just have a barbecue at home in the garden. You might even prefer to spend the day with friends rather than family - both are fine as far as the German tradition goes.

For me, Father's Day is simply a day when I can slowly light the barbecue, sip a good beer and just enjoy the moment. Don’t you agree?