Which country can boast about their age-old brewing traditions, where all fermentation processes are used and where the beer culture has been declared world heritage? There can only be one: Belgium.

The Belgian brewing tradition dates back to the Middle Ages, when every profession had its own guild and its own guildhall. In 1385, the Belgian Brewers guild was recognized. Many buildings on the Grote Markt (also known as the Grand Place) in Brussels are named after these guilds. However, it is only the beautiful building in Baroque style at number 10 that still functions as such.

The historical, social, cultural and economic position beer has gained in Belgium since the Middle Ages is strong. It’s no wonder Belgium is called “the country of beer”:

This is why UNESCO has added Belgian beer culture to the Representative List of the Intangible Cultural Heritage of Humanity. This international recognition of Belgian beer culture places it together with the likes of, for example, Argentinian Tango, Spanish Flamenco and Brazilian Samba. 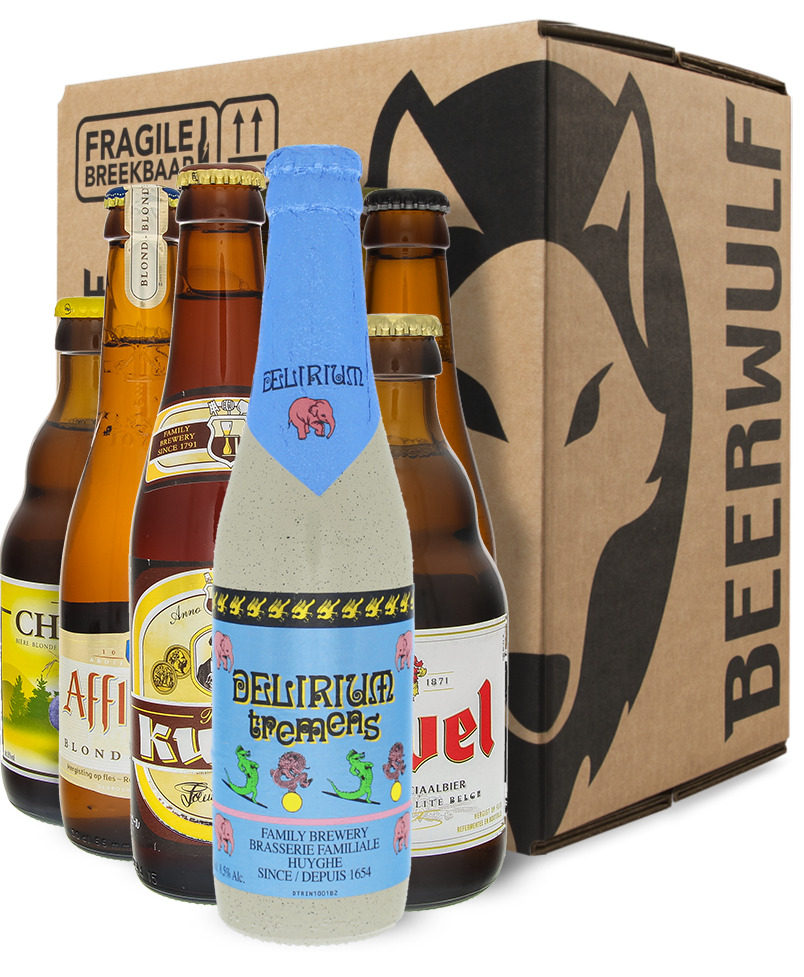 The perfect pack to explore or rediscover the famous Belgian beer landscape. 16 classic, authentic and iconic beers. With such quality and unique flavours, it's not surprising that Belgium is world-renowned as the 'land of beer'!

The trump in hand

It is only in Belgium that you will find the original four different fermentation processes in use:

In addition to the more traditional breweries, more and more new breweries are opening. They enjoy experimenting and consciously brew something different to just another dubbel or tripel. They contribute in particular to the sour or bitter segment. These developments are characterised mainly by the use of new raw materials such as unusual varieties of hops, wood aging and atypical ingredients (e.g. elderflower, myrtle, rhubarb, plums, coffee, ginger, yuzu or sea salt). They are looking to give a new twist - or the middle finger - to existing styles.

Belgian Brewers, an association which almost all breweries are affiliated to, also fulfills a role with regards to social responsibility. Since 1992, the association has developed a campaign with the slogan ‘Beer brewed with love is drank responsibly’. The purpose of the campaign is to raise awareness about alcohol consumption. They are also partners in the convenant against alcohol abuse and support the Designated Driver campaign to prevent drink-driving on the roads.

It recently launched a new campaign: “Proud of our Beer”. The campaign´s aim is to promote all facets of Belgian beer culture, which has been protected by UNESCO. According to this campaign, Belgian beer is one of the things that connects the people of Flanders, Wallonia and Brussels. A sincere expression of Belgium´s pride: beer.