Alcohol-free beer is more popular than ever, with increasing numbers of new and improved versions frequently entering the market. We know non-alcoholic beer is booming but how is it really made? Does alcohol free actually mean alcohol free? Does it affect the taste? Nowadays there’s more choice and variety out there than ever before so it’s about time you got up to speed, here are the answers to all your questions!

What is alcohol-free beer?

So what actually is it and when does a beer qualify as alcohol-free? A beer with an alcohol content between 0.0% and 0.05% is considered completely non-alcoholic. Strictly speaking, alcohol is not always completely alcohol-free. But, up to 0.05% is an amount that has no measurable influence even on alcohol-sensitive people. Anything above this must be labelled as low-alcoholic. We have beers that go up to 0.5% and are accurately called low-alcoholic. This amount of alcohol makes very little difference to the beer and is almost completely undetectable. Fruit juices can age over time and can contain a similarly low alcohol content. Even overripe bananas can contain 0.6%.

For those who want to be certain, there are some 0.0% beers, like Budels Malty Dark or Palm 0.0

How is it made? What are the methods?

In the UK there is a limit of 0.5% to be able to call a beer alcohol-free. The brewing process of an alcohol-free beer is actually the same as of any other beer, but there are different methods to reduce the alcohol content. There are two main ways to do this.

The process is very similar to any other beer except that less malt is used (enzymes from the malt turn starch into fermentable sugars, which eventually become alcohol). There are also special malts with as little fermentable sugars as possible. In addition, a special yeast type is used that produces less alcohol. Saccharomyces Ludwigii is a yeast that is suitable for brewing non-alcoholic beer. This yeast species produces no or less alcohol because it handles maltose and glucose less well, namely are the sugars that other yeast types easily convert into alcohol. vandeStreek Playground IPA Alcohol-Free, for example, is brewed in this way.

2. Remove the alcohol from the beer after the brewing process.

The brewing process of an alcohol-free beer is actually the same as of any other beer, except that less malt is used. 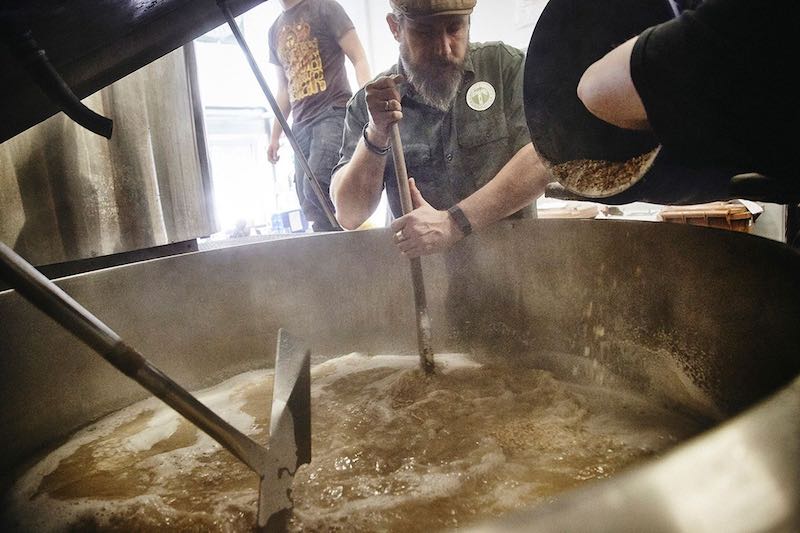 Moreover, when it comes to brewing alcohol-free beer, additional measures in terms of hygiene have to be taken. There are a lot of residual sugars in the beer, which means that no other brewing yeast can be added. The filling of the bottles must therefore be done on a completely steamed bottling line in order to prevent another yeast from growing. 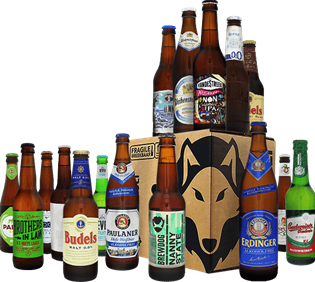 Does alcohol-free beer have to be tasteless? Not any more! Our latest pack has sixteen different delicious non-alcoholic beers. Perfect for after exercise, if it is your turn to drive or if you are simply taking a break.

What varieties of alcohol-free beer are there?

In early 2017 the big beer brands launched 0.0 pilsners, such as the Budweiser alcohol-free, a refreshing pilsner with a soft malty body and fruity notes. Also the low-alcoholic radlers started to brew 0.0 variations. In the summer we tasted the vandeStreek Playground IPA Alcohol-Free. It’s an IPA with almost no alcohol (less than 0.5%), a fresh taste with citrus fruit, tropical fruit and a pleasant bitterness. It’s a perfect alternative if you want to pay attention to calories and on top of that you can still get behind the wheel after a few of these beers.

Most non-alcoholic beers are pilsners, such as Troost Malt or Jever Fun. However, more and more alcohol-free wheat beer and ales are appearing as well. Tasteful examples are Brewdog Nanny State, a pale ale with spicy aromas of hop and a bitter aftertaste, or Erdinger Alcohol-Free, a German wheat beer with a fresh taste and a slight bitterness in the aftertaste.

When can I drink it? Who should (not) drink it?

Because it has less alcohol, this means less stress on the liver. Due to the lower alcohol content it has fewer calories and it is usually isotonic. This means it can be enjoyed by nutrition-conscious people, athletes, motorists and even pregnant women.

Opting for a low-alcohol beer can help you to drink within the low risk drinking guidelines, and in turn can reduce the health damaging effects. Alcohol-free beers are also considered to be isotonic and are therefore popular with athletes. It means that the fluid has the same concentration of particles dissolved in the blood - the ingredients (including carbohydrates as energy, polyphenols or vitamins) can be absorbed and used more quickly in the bloodstream. One other very important thing to remember is that drinking alcohol-free beer means you won't get a hangover, it will make you more proactive and motivated to exercise the next day!

Non-alcoholic beer for pregnant women and motorists
Pregnant women are allowed to drink non-alcoholic beer as long as consumption is kept within limits. A similar approach should be taken with drivers -especially novice drivers- 0.0% examples such as Budels and Palm are the ideal alternative. Due to the similarities in smell, taste and appearance to alcoholic beer, it is not advised to drink alcohol-free beer if you are alcohol depedant. But if you greet pregnant women or motorists at your next party make sure to offer them a beer from the   Beerwulf alcohol-free pack