by Nathan Hak Beerjournalist at Beerwulf

What exactly is Dutch Bock beer? We explain everything here through common questions and of course, the answers.

So, there are two spellings, Bock and Bok. The origin of Bock, with CK, is said to be from the northern German city of Einbeck. In Bavaria (which is southern Germany), they also wanted to brew that tasty beer from Einbeck, also known as Einbeck beer. They did so, naming their Bavarian kind “Ainpock beer”. This name was corrupted into Ein Bock beer. 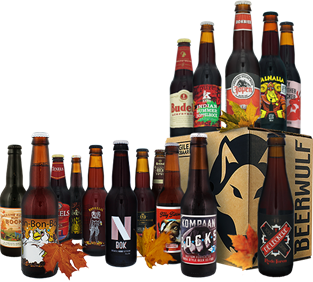 Since bock is very similar to the Dutch name for a male goat, it is obvious to think of a goat when talking about this beer. In fact, many beers do represent the goat on many labels. It therefore makes logical sense to drop the C and call it Bokbier, a custom that goes back to the beginning of the 20th century.

In short: Bock is the most used and closest to the original name, but Bok without C now has a long history that we cannot ignore.

3. Is Bock beer a Dutch type of beer?

No, the origin of the name lies in Einbeck, a town about 100km south of Hanover, northern Germany. The first Bock beer that was brewed in the Netherlands (probably around 1868) was based on a beer that was imported from Munich.

It was at the time that bottom-fermented, Bavarian beers were immensely popular and were therefore imported in large quantities, including Bock beer. Due to the success of these beers, Dutch brewers also started to brew in the Bavarian way and of course Bock beer was one of them.

Bock beer is one of the few beer styles mentioned in the Dutch Commodities Act. This states , that in order to call a beer Bock or Bok, the basic wort content (percent solids for fermentation) must be at least 15 °. Previously, this was 15.5 °.

4. Why do we drink Bock beer in the fall?

The reasons for this are diverse, essentially it boils down to the fact that Bock beer tastes the best in autumn and winter. Therefore, as a brewer, you can of course also bring out that beer at the beginning of autumn. Over the years, the introduction date of the Bock beer has shifted from December in 1950, to the beginning of October in 1975. Now, we see the release of Bock 21st September: the official start of autumn. This has also started to shift, we already see many Bock beers way before the autumn.

Incidentally, to make things more confusing, we also drink Bock beer in spring. This has become a kind of sub-tradition in the Netherlands. These are often lighter beers, which we call spring Bock.

5. How long has this Dutch Bock beer tradition existed?

You could say that 2018 was a jubilee year, because 1978 was an important year for the Bock beer tradition. In the years before, bock beer was only drunk by a small group of enthusiasts. It was so small-scale, the beer threatened to disappear forever. However in 1978 the movement was turned around with the first Bokbierfestival in Amsterdam.

The attention for Bock beer only really grew from 1980 onwards, in that year the beer consumer organization PINT was founded, taking on the organization of this festival. Bock beer is perhaps the greatest success of PINT, they have set themselves up with the aim of giving forgotten beer styles renewed attention. It is agreed they have been rather successful!

As CAMRA in Great Britain ensured the continuation of traditional English beer styles, PINT in the Netherlands succeeded with Bock beer!

6. How does bock beer taste?

The best way to find out is by tasting it yourself. Almost every beer drinker likes it, because they are freely accessible beers.

Bock beer is now a collective name for various types of bock. What they share is that they are red-brown beers in which the malt plays an important role. That makes caramel flavors, a sweet touch with a slightly toasted to sometimes roasted touch, which can turn into a chocolate taste. The finish is soft and not too bitter, which in combination with the sweet start makes an accessible beer.

The alcohol percentage starts at 6.5% and goes up to 8.5% (double bock), with stronger outliers up to 12% (eisbock). Various types of grains add extra flavors, not to mention the Dutch bokkepootjes, rum or chocolate additions. That is the beauty of today's bock beer season: tradition goes together with innovation!

Check out our bock beer page