A visit to...Brewery of the Month, Brussels Beer Project

"Welcome to Brussels, the center of the Belgian beer tradition! A fine tradition, but one that we want to shake up a bit..." These are the words of Sébastien Morvan, the man who founded Brussels Beer Project in 2013 along with Olivier De Brauwere.  "We stand for innovation, new ideas and collaboration. Beer brings people together and we want to collaborate as much as possible."

A new beer every 10 days

We are in the sleek, colourful Brussels taproom which is home to 15 mostly new, experimental brews. "Every 10 days we brew a new beer with a new recipe, because we always want to offer something new in our taprooms in Brussels, Paris and Tokyo. Compare it to a good restaurant: when you come more often, you expect something new every time you go to eat. For us it's no different with beer."

Strangely enough, the Brussels Beer Project started out in Canada, where founders Olivier and Sébastien met for the first time in 2004.

Sébastien explains, "After a lot of travelling and living in London and New York, in 2011 we started brewing in Olivier's garage. We made a lot of people taste our beers - as many as possible. Everyone was enthusiastic. Two years later we started with Brussels Beer Project. We wanted to do something that was fun and felt good. We couldn't think of a better project than opening a brewery, and I'm very glad we did." 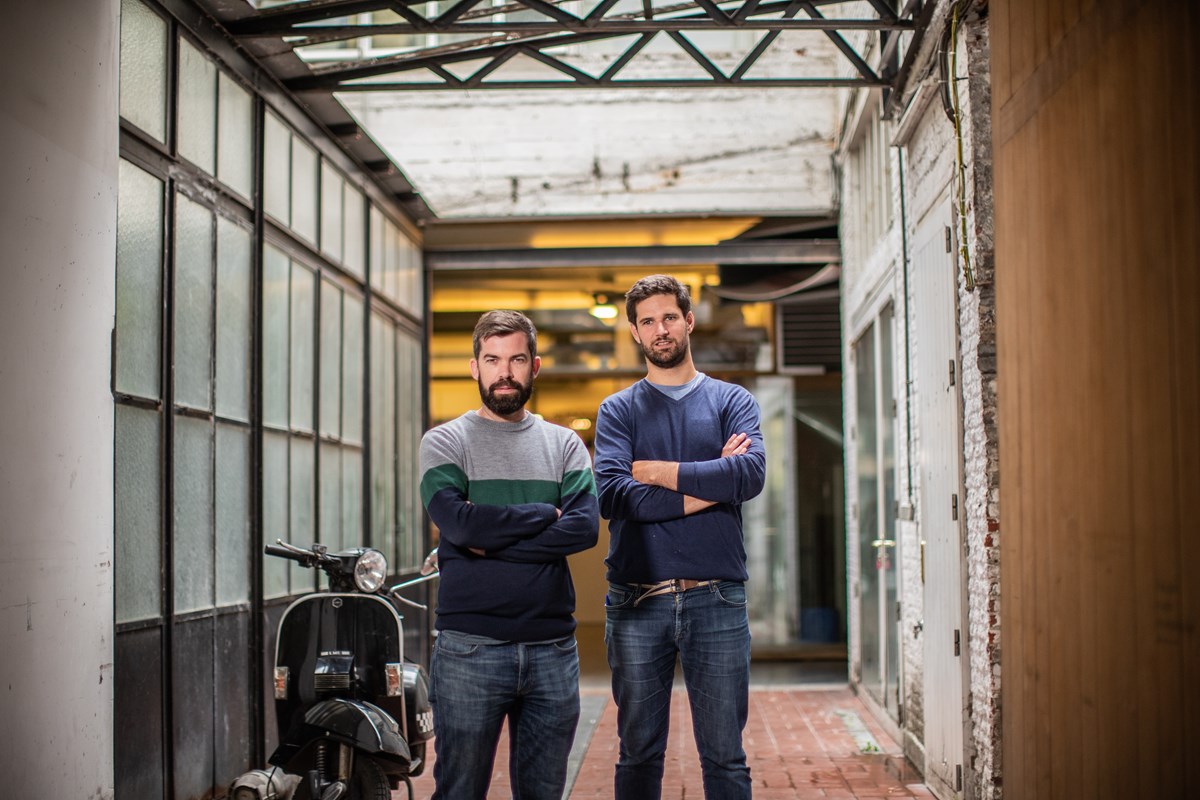 Leave the abbey, join the playground

Written on the taprrom walls in thick letters from floor to ceiling are the words, "Hello 21st century, goodbye middle ages." This is something Brussels Beer Project stands firmly for, says Sébastien: "We want to innovate, collaborate and try to give a new perspective on beer. There are huge possibilities for us at this point in time, like reaching out to the masses online."

It's clear when you visit that this is not a traditional Belgian brewer. Sébastien sees it this way too. "The idea behind this project is it is a brewery without a strict structure. We want it to be a sort of playground for beer, where new ideas and recipes can emerge. The Brussels Beer lovers have a prominent role in this, because they choose a new beer every year that will be part of our assortment."

A new look at Belgian beer

"In my opinion there is too much distance between traditional brewers and beer lovers, while beer can bring people together." That may sound critical, but Sébastien has a lot of respect for the traditional Belgian brewers, too. "Our goal is absolutely not to provoke other brewers. We do want to offer a new concept, with new and different beers. But we also know all too well that traditional breweries, which have existed for decades or even centuries, have mastered the art of brewing Belgian classics like no other. We're not adding anything by simply trying to mimic that."

Beer according to the Brussels Beer Project

Sébastien thinks beer brewing is one of the most beautiful things that exists in the world. "It is incredibly cool because the possibilities are infinite. As a brewer you have lots of colors to paint with, so many varieties of malt, hops and yeast. You can also continue playing with other ingredients: flowers, herbs, chili peppers, whatever. The limit lies with your own imagination, and that is what I love about brewing. "

He tips Delta IPA and Jungle Joy as the best beers to try. "Delta IPA was our very first beer. We had the audience sample 3 beers and they chose Delta as a favourite. It is a good marker for the kind of beer we brew, with Belgian roots of a saison, combined with a modern taste of IPA."

"Jungle Joy is also a very nice introduction to the Brussels Beer Project. This beer was voted for by the public in our regular assortment in 2017. It's full of fruit, but isn't sweet."

Sébastien is also proud of their IPA, Babylon. "We found out that bread is the most wasted food in Brussels," he explains. "So we brewed beer with it, as they did in former Babylon. It is one of the first beers to be brewed with recycled bread."

This sets a good example for what can result from a collaboration, this time with a non-profit organisation from Brussels that collects the bread and prepares it for brewing. It started small in 2015; now every month 1000kg of bread is recycled and put to good use.

Planning for the future

Sébastien is sincerely proud and grateful for what he has achieved with Brussels Beer Project. One of his highlights is opening his own brewery in October 2015: "There were so many people from all over the world who came especially for us, that was really a big milestone. But the opening of our taproom in Tokyo is also a huge milestone. It is almost unreal that something like that has succeeded."

The future is filled with promise, with ambitious plans for a much larger brewery in Brussels. In the spirit of the Babylonian beer it has to become an example for water reuse and neutral energy management.

"I enjoy what I do every day. Running Brussels Beer Project doesn't feel at all like work; more like a family of people who are driven to get the best out of themselves and to push us to the highest possible level. There is certainly a lot more in store for Brussels Beer Project."