The history of...Brewery of the month, Kompaan

Kompaan is an innovative brewer and its beers are popular with beer connoisseurs. A highlight for the Dutch brewers was winning the Dutch Beer Challenge 2017. Bloedbroeder, a Russian Imperial Stout in which port is used during the brewing process, was named the Best Beer in the Netherlands. Not only that, Vrijbuiter (Porter) won silver. Kompaan has also won international awards, including a gold medal at the Barcelona Beer Challenge, again for Bloedbroeder.

The brewers announced a special line of beers in 2017 called Foreign Legion. The line will include seven beers which will be individually launched. The first two immediately won acclaim at the Dutch Beer Challenge: Joey Greenhorn in the Amber/IPA category and Thierry Sauvage in the Saison category.

The brewery has a Beer Bar with twenty beers on tap. Naturally, they serve their own beers, but they also have a selection of special beers from breweries they have befriended. You can enjoy BBQ meals made on-site, special cheese and meat platters and home-smoked nuts. They also host live music, small festivals and tap takeovers during which their friends from other breweries take over the taps for the night. “Keep your friends close and Kompaan closer!" 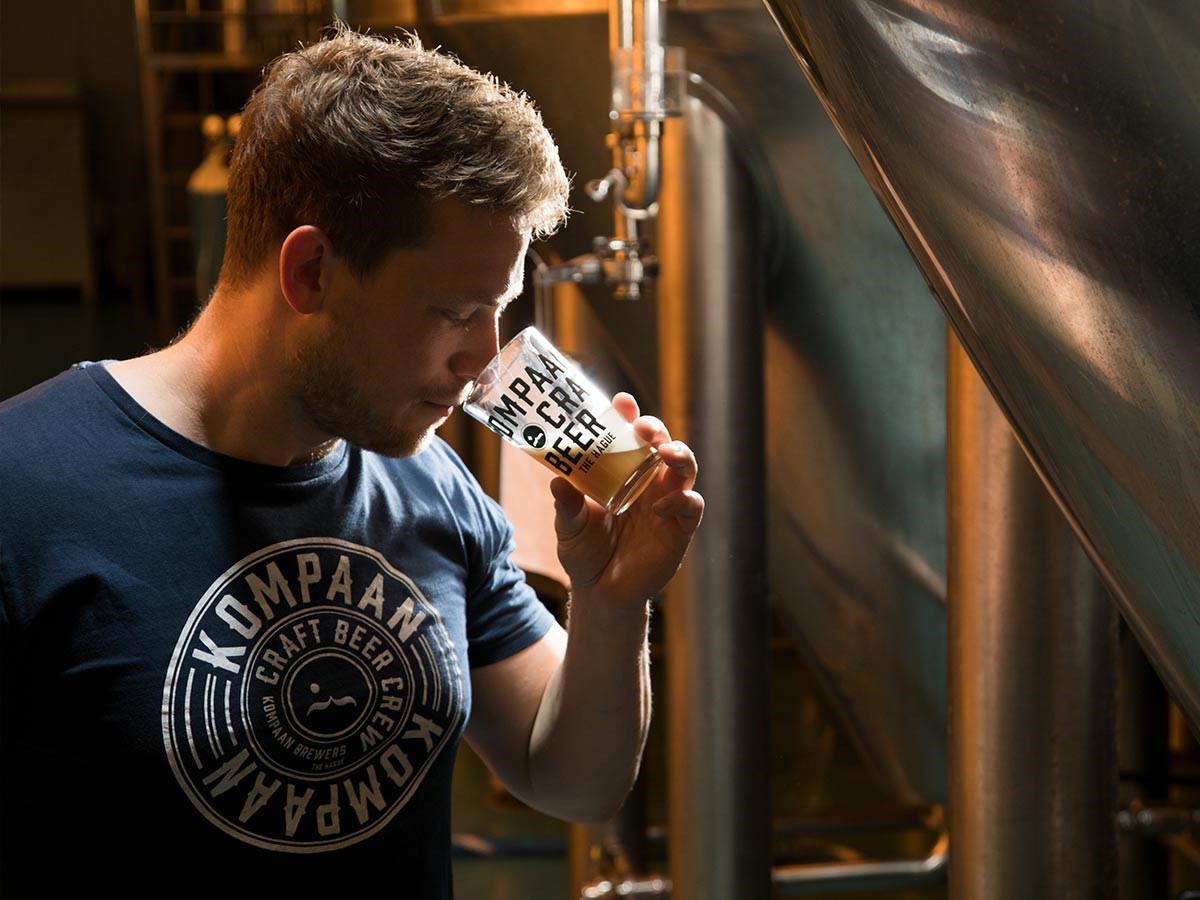