Want to have a hassle-free tasting session from the comfort of your home?! Or, better yet, want to try a beer tasting with your friends? Yes, this is still possible with a virtual beer tasting! We may be in lockdown, but that shouldn’t hold you back from doing what you love. In fact, there is even more reason, pubs are closed so it’s the perfect time to brush up on some skills. We've got some great tips and easy steps to get you and your buddies beer tasting like professionals (whilst staying at home!).

A virtual beer tasting shouldn't be that different from a regular one. First and foremost, you need to choose the right beer. You also need to consider the order in which you try them. Do not forget how important it is to use the right glass and finally the snacks!

All the beers you find in this article are available at Beerwulf.com! Whatever beers you choose to taste, make sure you have bought them all beforehand and put them in the fridge.

This is the fun bit, set up a video call from one of these (free) programs:

It will be just like you're together in the same room. Just make sure everyone has the same beers! 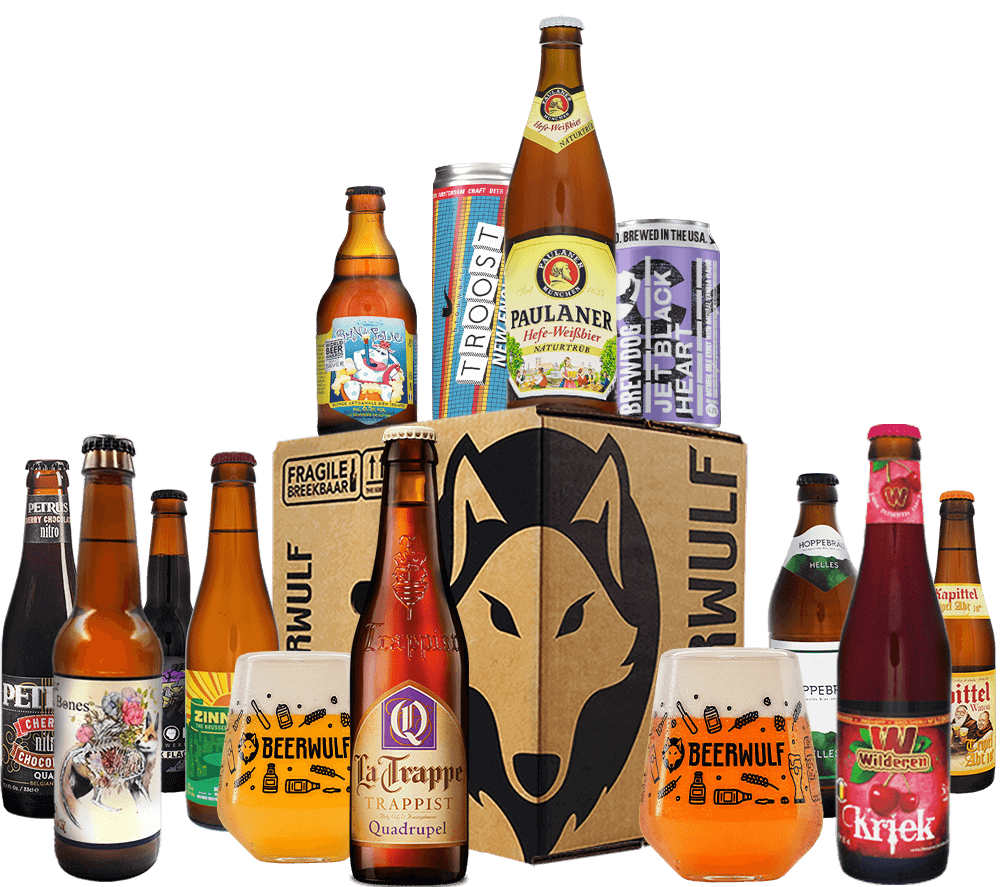 Our carefully curated tasting case is the best way to have a proper beer tasting, you get everything you need! The case includes 12 exceptionally tasty beers in various styles and 2 specially designed Beerwulf glasses!

Add the case below directly to your cart or, for more details click here. 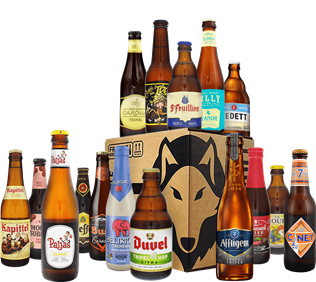 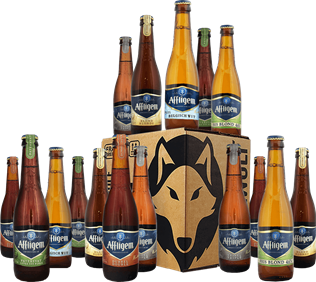 These are just some suggestions, you could also base your tasting theme around one of the many Beer Challenge Cases, choose beers from across the globe with the World of Beers Case or Trappist and Abbey beers. Or, you can also opt for beers of the same style, by buying a case of either  lagers or  IPAs . This is a very interesting way to do it, because you then get to distinguish the differences between beers from the same style!

Make sure you always start lighter and lower and gradually work your way up. The lightest taste and the lowest ABV beers should always start. Also bear in mind, six half bottles is absolutely max per person for a tasting.

Nathan's 'how to guide' 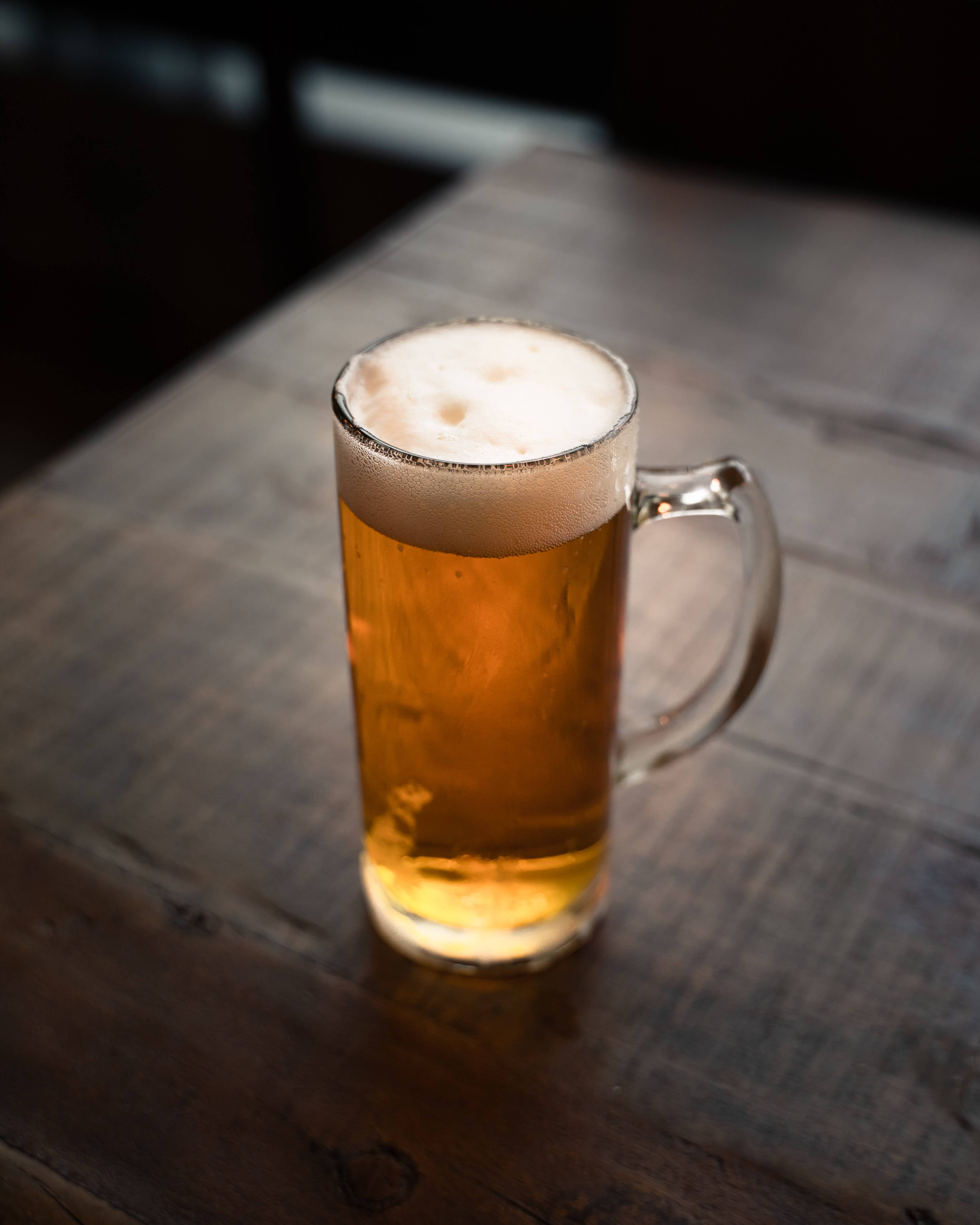 You’ve got the beers ready, but which order should you be tasting them in? The two most important factors to consider are as follows:

As a general rule, you arrange the beers from lowest to highest alcohol percentage. Now look closely at the flavour intensity. Then you want to look at colour and hoppiness. Light before dark, light hopped before heavenly hopped and so on.  It might be also that a beer with a lower percentage has an intensely strong flavour from the addition of herbs, for example. If a beer has a strong flavour intensity, move it up a spot.

For a tasting, you want to try 15 cl of beer. There are special glasses you can buy for beer tastings, such as the AnDer. It's the perfect glass for beer tastings, because aromas remain preserved in the round shape of the glass and its narrow top. An ordinary small, tulip-shaped wine glasses would also do the trick.

If you’re going to try six beers, ideally you want six glasses. However, that requires a lot of glasses. Have a short break after three beers to rinse out your glasses for the second half. 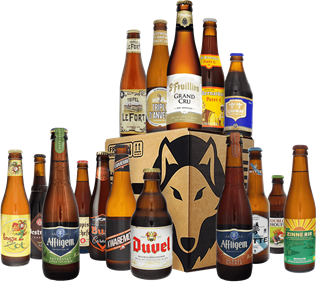 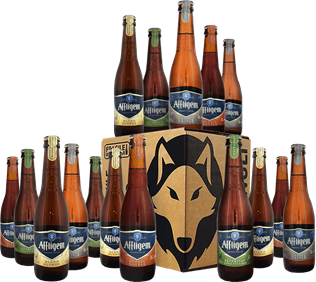 Beer tasting should mostly be about fun. But it’s also good to learn something from the experience. Beerwulf has developed a special tasting form that you can use during your tasting session. Sample and discuss what you see, smell and taste. We also have some tasting segments for reference to guide your discussions and understanding. Everyone will have a different taste experience, there are no wrong answers!

Keep on tasting, there’s so much to discover!

How to get the perfect beer head

An art worth mastering