Beers are not only bitter or sweet, they can also be pleasantly sour. The well known ones are the traditional gueuzes from Belgium, but there are other sour examples, both wheat beers (white/weizen) and saisons have acidic elements. How to pair these with food?  Here we take a look at flavour hooks and bridging ingredients.

Sour beer: what is it?

But what is a sour beer? What makes a beer sour? And are we frequently getting it wrong when we talk about them?

We perceive sour when hydrogen ions are split off by an acid dissolved in a watery solution and the main souring agents in beer are bacteria, which turn up in different forms in different beers.

Why is beer sour?

Lactobacillus (Lacto) and Pediococcus (Pedio) are the two most important bacteria in sour beer production and will find their way via a number of different ways.

Lacto is the most straightforward one to address, and probably the predominant acidic note in modern beers at the moment as it’s what is used in beer styles like gose and Berliner Weisse which particularly when brewed with additional fruit or dry-hopped can be really accessible and refreshing.

A sour taste in beer mainly comes from the choice of malt and the method of fermentation. For example, wheat gives white beers and German wheat beers a subtly sourness. Saison has a sour funky taste, largely due to wheat malt and special saison yeast. The well-known Belgian beer Orval is bottled with Brettanomyces yeast, which also provides a funky, sour taste.

The sourest beer type, however, is the gueuze, also known as the champagne of the beer world. To make a gueuze, a gueuze blender combines lambic of different ages, usually a mix of three year old and young Lambic.  The exposure to the outside air during the brewing process is what creates the Lambic. Spontaneous yeasts from the air get to work with the beer and that causes a unique, sour taste. Some people can find sour beers challenging and they do take some getting used to. But persevere because they are often fantastically balanced and delicious beers.

This is perhaps the trickiest combination of all when pairing food with beer. Bitter is more common in beer than in food, and sour is more prevalent in food than in beer. So if you plan on drinking sour beer, you must test the food for its bitterness. 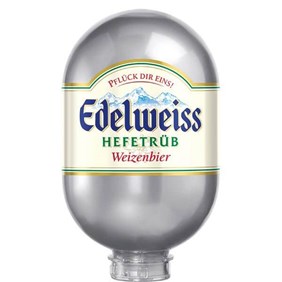 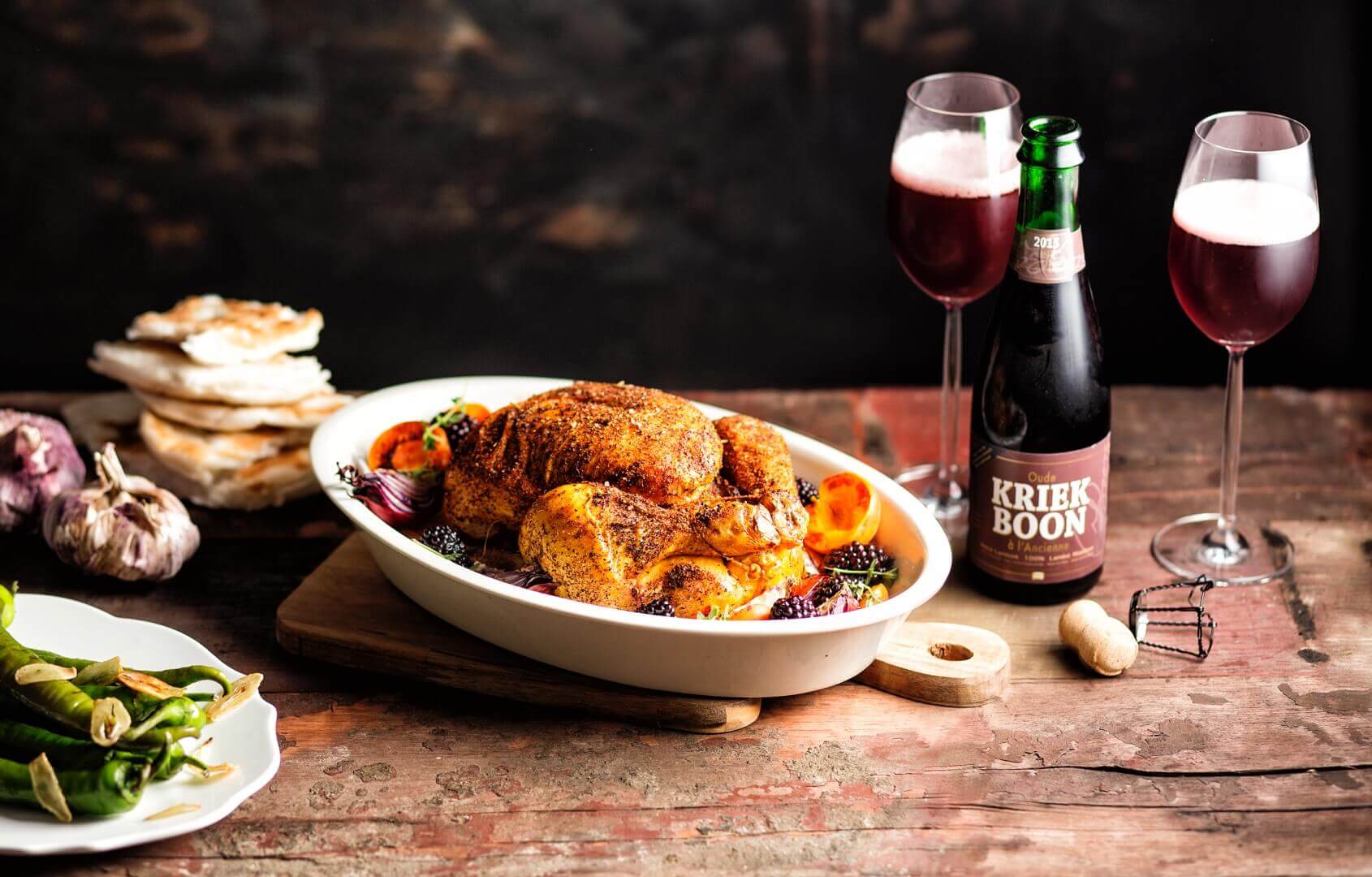 Geuze beers are quite sour, but also very fruity. The sour is often reminiscent of apple and that is a taste hook that you can use easily. Dishes that taste good with apple often do well with gueuze. Consider, the classic combination of apple and pork. If you also manage to use apple in the dish, it's a real party! 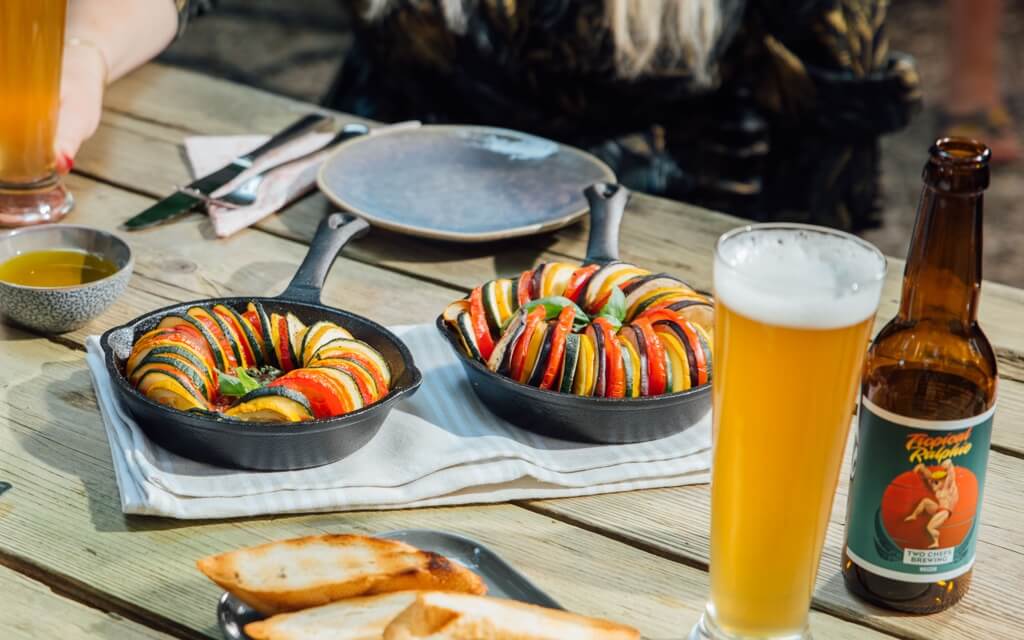 Because white beer and German wheat beer are made with wheat malt and are less intense than, for example, a strong blond beer or an IPA. They also call for less intense dishes. When drinking one of these beers, go for salad with chicken, steamed fish or something with fruit.

Are you firing up the barbecue? A piece of meat will quickly surpass your wheat beer in terms of intensity. So try a vegetarian barbecue, a delicious ratatouille will work wonders. A tropical weizen fits perfectly here! 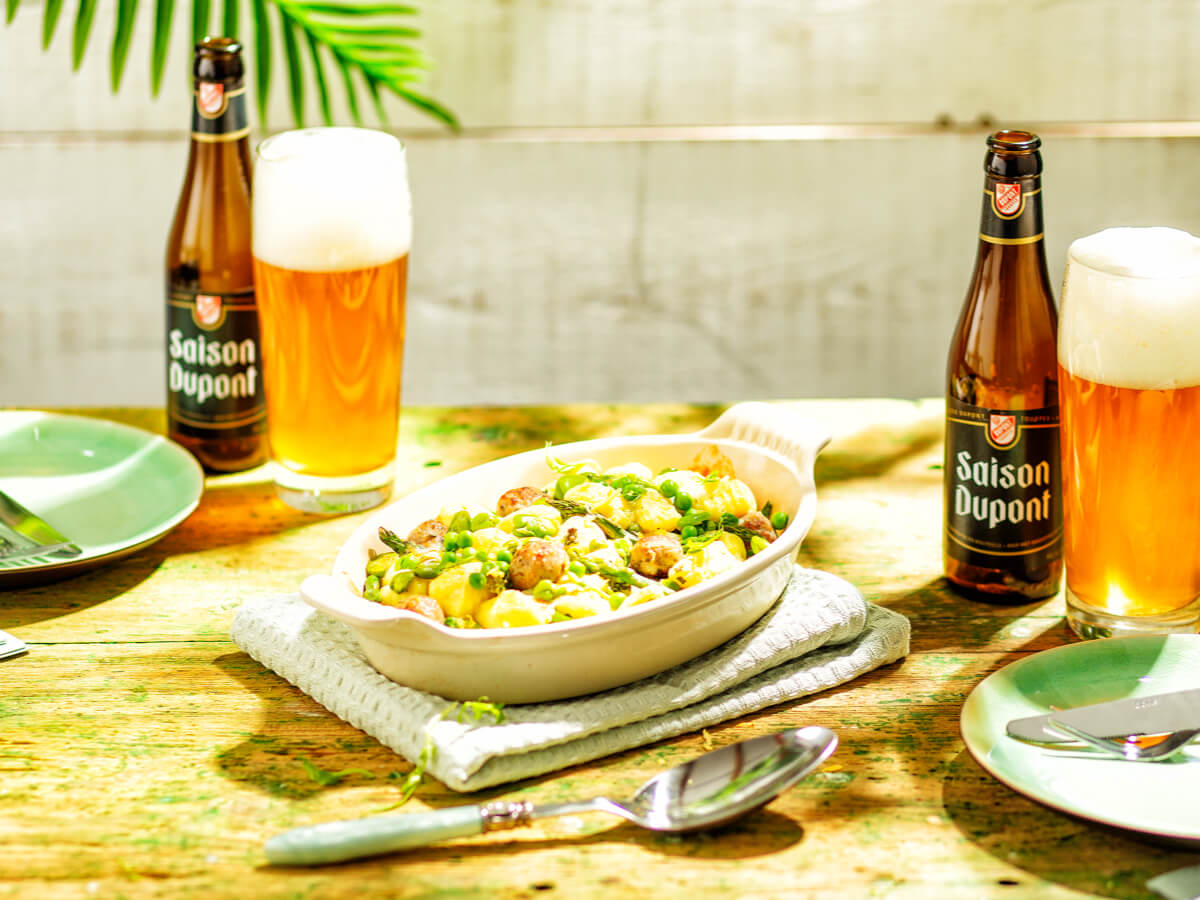 The saison is everyone's friend when it comes to food pairing. The fruity, dry and effervescent character goes well with many different dishes. Because it often contains a lot of carbon dioxide, it is very good for drinking with fatty foods.

One of our favourite combinations is a soft goat’s cheese with a saison. The cheese is wonderfully creamy and both have a farmhouse-like flavour. It’s great if the saison is heavily carbonated, as this will rinse the pallet nicely.

Keep it fresh, summery and tasty!

A treat that's hard to beat!