The difference between porter and stout

This is not a simple answer as they do share a lot of similarities. They are both dark beers with quite broad flavour profiles, although they both possess that dark grain depth.

Porter beers range from dark copper to dark brown and may have flavours of toasted fruit. You can also detect notes of caramel, chocolate, cappuccino or liquorice. Porters are full of flavour, slightly sweet with an extra malt body.

Stout has a more pronounced coffee-like, roasted barley bitterness. They tend to be drier. The aroma is roasted and can be slightly acidic.

However, the two beers do have more similarities than differences. If you picture a Venn diagram of the two, then the middle overlap will be the largest section. There are several variations of both, and brewers are constantly experimenting and tweaking recipes. For example, there are contemporary Porters with a higher percentage of alcohol than Stouts. This is interesting as Stouts became what they are now from adding more ingredients and increasing the alcohol percentage of the original Porter. The alcohol volume of both can vary and even from time to time from 4% to 14% (for example, the Russian Imperial Stout). De Molen brewery in the Netherlands is well known for its selection of Stouts.

As you can see, this makes categorising and defining a little bit tricky. For a detailed history on how they became so closely entwined, please read our article A history of porter and stout

What is porter beer?

Let's check out the variations

Stouts and Porters are perfect for making a typical ‘ice cream float’. Pour a generous dash of beer over a couple of scoops of vanilla ice-cream and enjoy. They’re also suitable for baking pies and cakes, and their lightly roasted flavours make them a great addition to beeramisu.

Heavier varieties (> 8%) of Porters and Stouts make them ideal for storing. These beers are aged in the bottle, which gives them a rounder and more intense flavour. They’re also perfect for ageing in wooden barrels where other drinks have been stored such as bourbon or cognac. Barrel ageing adds flavour to the beer in two ways: by imbuing it with the flavour of the drink that was in the barrel before, and through the barrel itself. Think of vanilla, herbs, wood, coconut, smoky and caramel tones.

Porter and Stout are styles which grew up together, not always going in the same direction, but with significant interweaving through three centuries of ever-evolving brewing. They’ve changed greatly from the original brews but have emerged into the era of craft beer as two of the world’s greatest beer styles. 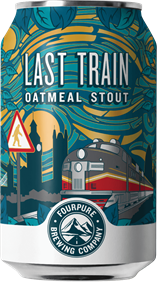 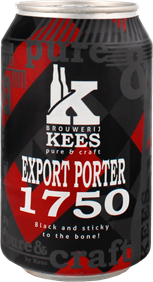 View all porter and stouts

Try our selection of Belgian beers