As restrictions have eased up around the country, we are looking forward (a little bit early we know, but we are just so excited!) to a new year of beer events & festivals. A lot has been missed in the last two years so many events are going all out to get beer-lovers like you to attend! Here is a comprehensive list of all the major events happening in the UK in 2022, organised by major city. 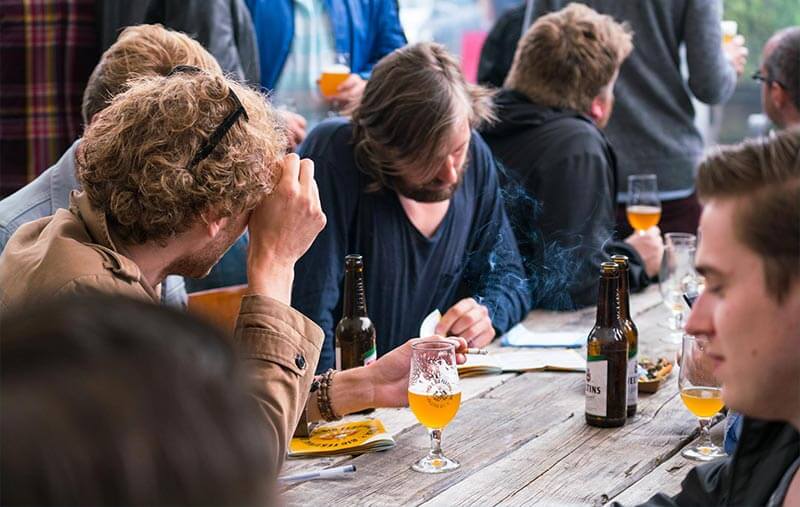 What is a beer festival?

You might be thinking...most festivals or events serve beer, so what makes a festival a beer festival? Striclu speaking, a beer festival is any event at which you purchase a ticket to drink a variety of beers. So this includes anything from a general beer festival which allows any brewery to be there to very strict craft-only events; which makes it hard to pick just one or two to attend.

So here are our tips to a what makes a good festival (and why you should go):

Brew//LDN 2022 will take place at Printworks, London, and is set to give a huge platform to the industry's finest innovations in independent brewing, cider production, spirits, snack stands and street food. 12,000 members of the public are set to attend this welcoming, eye-opening and unforgettable beer experience, so make sure you're one of them!

It’s the 10th birthday of this festival, so they are pulling out all the stops to create the best craft festival ever. They will be inviting their favourite breweries from the last decade as well as some of the hottest new breweries to come and pour for you. They’ll also have a host of London’s top chefs serving up a special feast for you to enjoy and some special music guests to create on epic party. Early bird tickets are on sale now!

Collaboration is the message at the heart of this week-long celebration, which takes place throughout the city in various local pubs, restaurants and bars. You’re free to roam around brewery open days, sample food pairings at participating restaurants, and enjoy tap takeovers hosted by bars in the city - all in the name of celebrating Sheffield's beer scene.

Birmingham is set to host the Great British Beer Festival Winter 2021. Expect a beer line up of all kinds, from light to dark ales, stouts, porters, bitters, world beers and ciders. If beer tasting, great food, live music and award-winning brews sound like your thing then head to New Bingley Hall this March, the ‘biggest and boldest venue in the West Midlands'.

This year's festival will be back at Black Lodge Brewery and Sub Rosa in Liverpool's Baltic Triangle. We'll be taking over more of the surrounding area which means more space and even more beer!

A weekend filled with sun (hopefully), music and most importantly - great beer.

After a sell-out 2021 festival, they’re back on the stunning harbour celebrating all things craft beer in the summer sun. What can you expect? Well, banging beers from the best breweries from Bristol and beyond. They'll be fixing up a feast with our fair city’s finest independent kitchens and culinary talent (a match made in heaven!), and making sure everyone is having a party with a curated line-up of live music. If you want to bring someone who is more interested in other beverages beyond beer, they’ll also have some select friends from across wine, cider and spirits.

This is still TBD due to CAMRA approval. But for those living outside big cities or looking for a scenic escape, this might be what you are looking for! This region is full of quaint country pubs, historic breweries and some great new creations - so keep your eye on this festival to see if you could have an educational (and delicious) getaway!

They’ll be showcasing beer from the very best breweries, along with a range of outstanding street food and live music in the breathtakingly beautiful surroundings of the Peak District. They have yet to release tickets so if you live locally, or are up for a spot of camping, give it a go!

The Oxford Brewers Alliance brings together all the best brewers in and around Oxford - working together to promote the great range of beers brewed locally. The Alliance also organises the Oxford Beer Week every year in May where local brewers (there around 15 breweries in the region) come together to share their creations with the local community. 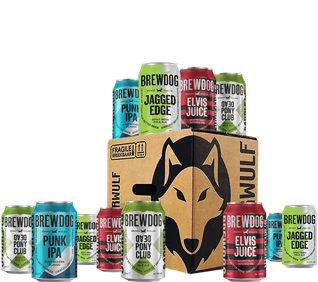 This beer festival is intimate, and very rural, as they annually throw open the gates to a large farm for three days of the best beer, food and music they can bring together in the incredibly beautiful surroundings of Glen Fyne.

Tickets are rare - but if you can make the trip - what better way to drink a beer than in such stunning landscapes!

If you are looking for something less rural in Scotland, make sure to sign up to the mailing list for this years craft beer festival in Edinburgh! They are yet to announce the dates so stay tuned for all the info you will need.

Wales' biggest showcase of craft Welsh perry (for those unfamiliar, perry is an alcoholic drink made from pears that is similar to cider) and cider returns to the beautiful Caldicot Castle and Country Park over the Jubilee Bank Holiday Weekend. Home to the annual Welsh Perry & Cider Championships, the festival will see live music, local food and craft stalls, and all day entertainment.

Although this festival has been out of action for the last two years, we hope it returns in 2022! There usually is an array of local and international craft breweries as well as a fabulous Gin Garden… along with live music & DJ's daily. There will hopefully be over 100 craft and festival-only brews, delicious ciders and moreish food to sample too - so keep checking their website if you are a Belfast local!

Sign up to our newsletter for craft beer offers, news and articles!

Can you handle it?