I was once told that when it came to drinking, Bristol used to be all about flat Bass poured straight from the barrel or raucous pints of cloudy cider.

Despite this generalisation, the city also had plenty of breweries, including Georges (whose logo was a carthorse, leading to bar-top jokers suggesting that the beer tasted like it came through one), Courage (who bought Georges in the 1960s) and Smiles, part of the first wave of microbreweries in the 1980s. All are now gone. In the case of Georges, though, part of the brewery is now flats alongside the River Avon.

So, let’s quickly speed to the present where Bristol’s beer is definitely more than a handled glass of tepid pale ale or farmhouse cider. 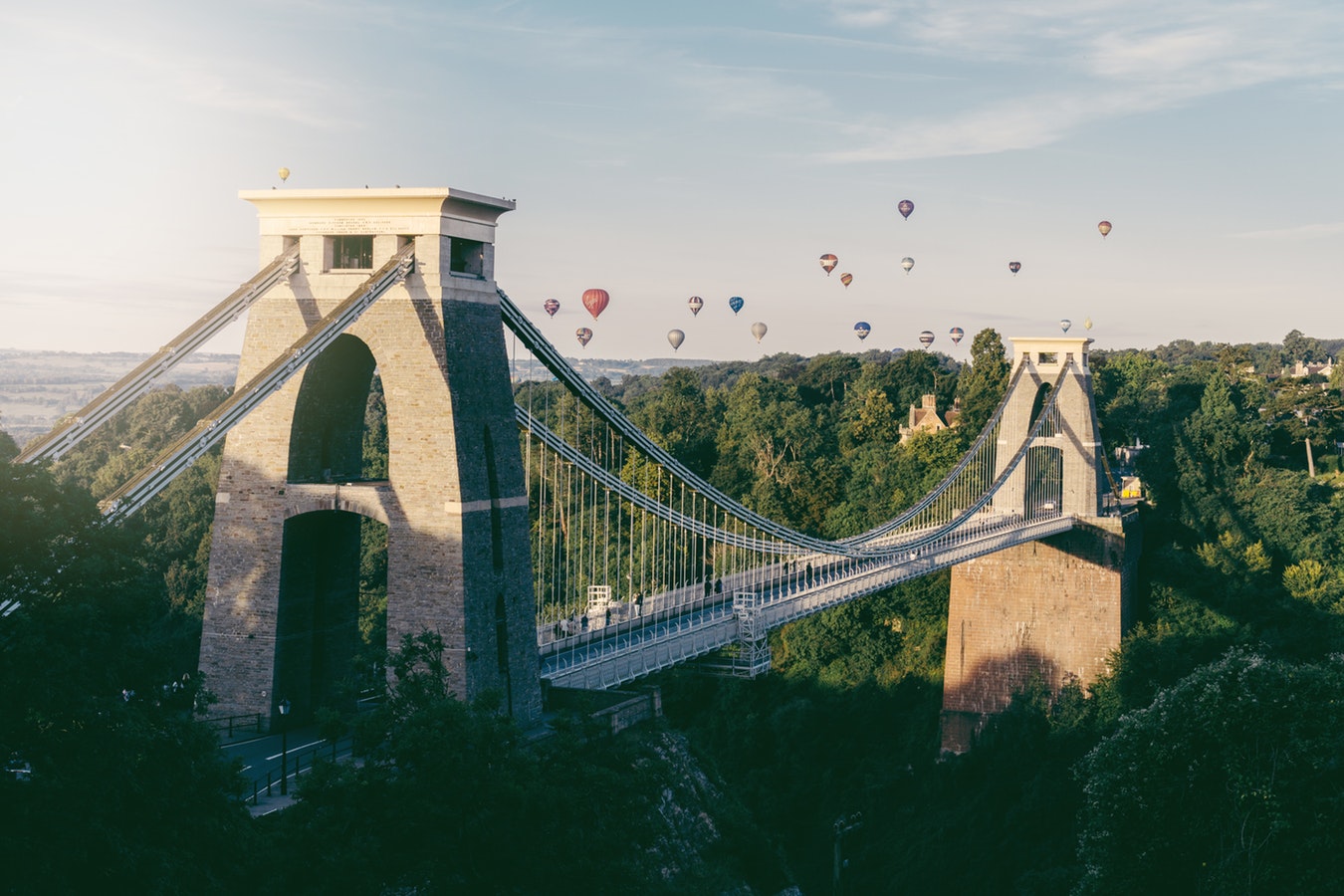 The Clifton Suspension Bridge in Bristol

It is now estimated that the city has up to 15 breweries, and who knows how many more will emerge. Some of these breweries, including Moor, Left-handed Giant, Bristol Beer Factory, Wiper & True and Lost & Grounded are some of the most accomplished in the country, never mind the city.

You could argue that the beer scene mirrors the city’s brash and independent sense of its own being. This is a place where artisanal producers of food and drink prosper; a spirited city that invites both the beer drinker and food lover to immerse themselves in richness.

Would you like a milk stout, a beer once thought fit only for elderly ladies and near-teetotal grandfathers? Times have changed and the beer style has had a modern makeover. Start off with Bristol Beer Factory’s, or for a stronger version of the style opt for Wiper and True’s 9.5% Hard Shake. Fancy something that looks to Belgium? Here’s Lost and Grounded’s Apophenia, an 8.8% Tripel. Crystalline and brilliant in its citrusy fruitiness, it’s full bodied, effervescent, elegant and eloquent: a voice that demands to be heard.

Talking of voices, here’s that of Moor Beer’s Justin Hawke: authoritative, confident, resolute but also accustomed to challenging custom (an irony given his West Point background, an experience he says taught him focus, detail and hard work). ‘One of the things that makes Bristol great for beer is the geography: the city is compact so it’s easy to get around.’ He goes on to talk about the importance of people: ‘I have always said that it is the San Francisco of the UK. Oh and there are some great brewers.’

Let’s try a glass of Moor’s imperiously hopped IPA, Hoppiness — the nose has a great whoosh of fruit including grapefruit, ripe peach and orange; there are also hints of pine and a caramel-influenced sweetness. Take a sip and tropical and citrus fruitiness continue their swagger alongside hop resins and a smooth and lightly carbonated mouthfeel before it finishes with a linger of bittersweet and citrus notes. Hoppiness: never has a beer been so aptly described.

For a darker side to Moor’s character, pour yourself a glass of its unctuous Stout. This is dark brown in colour and topped with a firm head of creamy foam. There is a generous brush of roast malt, a soft fruity hoppiness in the background, before a finish that resonates with a lasting bitterness and dryness. If you cannot get to the brewery’s lively, cafeteria-like tap near Temple Meads Station then buy it and everything else you can get by Moor to enjoy at home.

Even though Wild Beer brews its exemplary beers deep in the countryside, it also has a spiritual home in Bristol with its Wapping Wharf bar in a buzzy, lively spot just off the centre. Here you can delve into classics such as Modus Operandi and Millionaire, but also indulge in specially brewed beers such as Of the Sea, a 7% Belgian-style beer that has cockles, lobster, seaweed and sea salt in the mix.

Tempted? Of course you are.

Craft beers brewed in and around Bristol

Looking for breweries near you!?

The craftiest kegs and cases!