WHAT IS IPA BEER?

All your questions about this hoppy delight answered

India pale ale or IPA is probably the most popular style of beer right now. It is a fruity-hoppy beer style and very à la mode. But what is it? How does it taste? And what are NEIPA or Double IPA? Scroll down to learn all about India pale ale.

India pale ale is a broad beer style, but recognisable by the focus on hops. They are hop forward, refreshing but fruity-bitter beers. In other words, the brewer puts great emphasis on the choice hop, of which there are about 200 different worldwide!

IPAs bottom fermented ales. It is a hoppy sub-style of the broader category of "pale ales". It is only recently that we are so accustomed to them in pubs and bars across the UK. As a result of the craft ale movement, we are now lucky to see vibrancy, experimentation and diversity in IPAs.

2. What does IPA stand for?

IPA stands for India pale ale. It is not “Indian”, so don’t make that mistake.

As mentioned, “IPA” is an initialism for India Pale Ale. This is style of beer in the pale ale category, known for its hoppy flavour and aromas.

Brewers from all over the world love the experimental brewing art. Today, there is a very large IPA lineage with a variety of variants and regional differences. From United States we have both east and west coast IPAs. 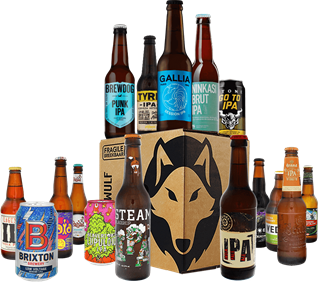 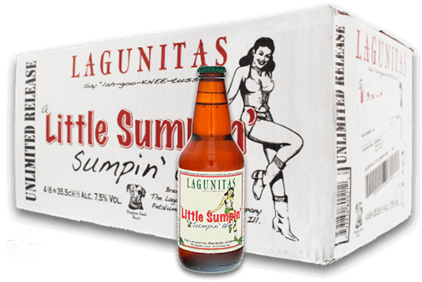 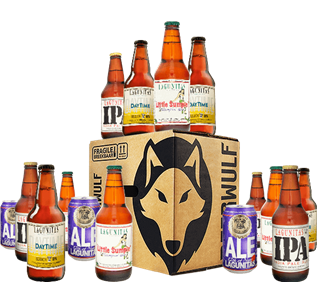 Usually, hops are cooked during the brewing process. Dry hopping is the addition of (extra) hops to the cooled wort (after the cooking process) and ensures a hoppy aroma. With dry hopping, the hop is added to the ripening tank, late in the fermentation process or during ripening. With top fermentation, dry hopping takes between seven and fourteen days.

It is common for brewers to use multiple hop varieties. It is becoming increasingly popular however to contrast this by using one single hop throughout the various processes. A single hopped beer can showcase the hop being characterised and highlight its distinct hallmark. A single-hopped Citra IPA, for example, is brewed exclusively with this hop variety.

6. How does an IPA beer taste?

The types of hops that are used determine the aromas: IPA may taste like citrus or tropical fruits, be grassy, flowery or earthy, but also reminiscent of pines or even honey. Typical American hop varieties include Chinook, Citra or Amarillo, German hop varieties such as Hallertau varieties or Mandarina.

In addition, the hops always ensure a certain bitterness. Because an IPA is usually refreshing, it is more commonly regarded as a summer beer.

Drink an IPA as fresh as you can. The flavour of India Pale Ale is based on the hops’ aromas, but they can evaporate over time. Therefore, the younger the beer is, the more intense the flavour is.

A) The ideal drinking temperature

The flavours unfold best in a tulip-shaped glass at about 6 to 10 degrees. You can read more about a more detailed article about beer glasses here. If you are interested in drinking temperatures, read our 'How cold should beer be served?' article.

IPA beer is also well liked thanks to the fact that it can be paired with different dishes in order to enhance the overall taste of both the food in question and the beer. For example, if you can handle a bit of heat, IPAs will form a pretty wild combination with spicy dishes. Take a sip after a fork or spoonful of Thai or Indian food to experience for yourself how the bitterness of the beer and spiciness of the food work together to elevate each other’s intensity. Conversely, if you’re at a bar tucking into those complimentary peanuts, you may even notice that the salt will somewhat ease the beer’s bitterness and emphasise the fruity and flowery hoppy notes. Let’s not forget either that aromatic IPAs with hints of fruit can also serve as the perfect partner to a fresh fruit salad.

C) How to pair an IPA

An IPA is an intense beer, so intense dishes are a well-matched addition.  When pairing food and beer the main rule to follow is to match intensity of flavour to strength of beers. For example, strong cheese, roasted meat, a hearty burger with bacon, but also deep-fried snacks or a cheese-rich pizza (including hot peppers) fit very well.

Salty foods are also a good combination as it softens the bitterness of the beer, and balances flavours of the IPA.  Honestly, anything with fat and salt will be beautifully balanced by the CO2 from beers!

8. Why is an IPA usually more expensive?

Hops, in relative terms, are the most expensive ingredient in brewing. As explained, more hops are used in IPAs than in other beer styles. Usually, IPAs are also hop-stuffed, this is an extra step in the brewing process. It requires more equipment; this can affect the price.

A lot of it however is dependent on the brewery, the distributor and of course the quality. Craft breweries generally value more high-quality ingredients and a craft brewing process.

Try them for yourself!

Specialty beer for every occasion!